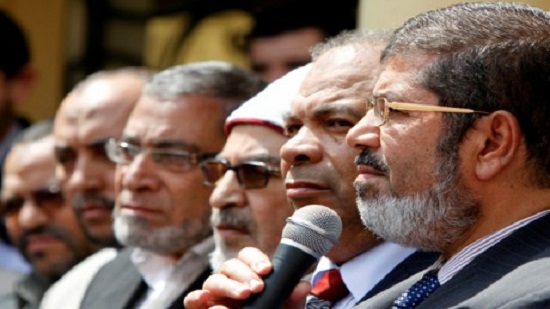 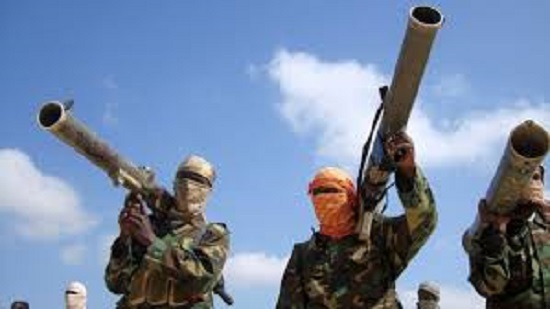 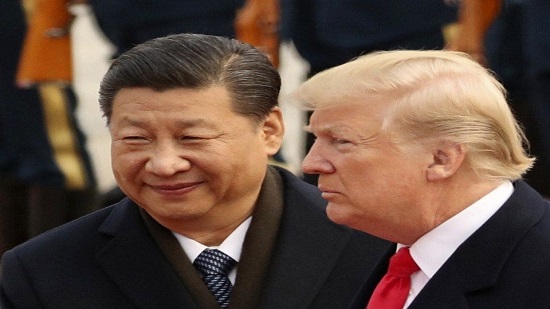 An alliance of necessity

It has become apparent that the United States will fight the rise of China over the next decade using economic warfare and sanctions, and as a result the resourceful Chinese have been taking steps to fight back in this war by allying themselves with US rival Russia. The latest visit of Chinese President Xi Jinping to Russia in May and his meeting with Russian President Vladimir Putin represents a major step forward in the two countries relations.

The rising risk of war in the Middle East

Recent attacks on shipping, including oil tankers in the Persian Gulf, and missile attacks by Iran-backed Houthi rebels directed at targets inside Saudi Arabia are ratcheting up tensions in the Middle East. At the same time, Iran is promising to restart elements of its nuclear program. Add to this the deployment last month of a significant US military force to the region to counter Iran and you get a combustible mix that could be the spark for a wider regional war arising out of the rivalry between Iran and Saudi Arabia -- unless steps are taken to lower the tension. 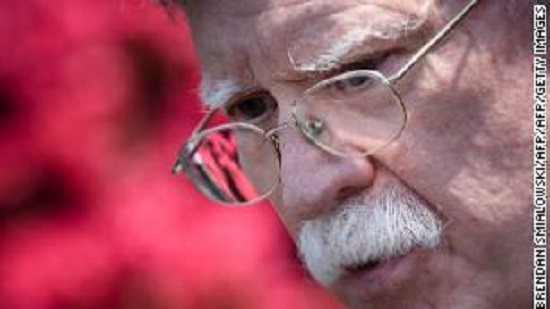 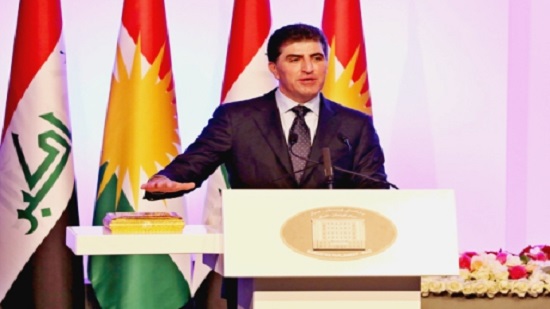 Kurdistan’s instability: Can it be fixed?

Elections make for strange bedfellows in Iraq s self-ruled Kurdish region, and when they are over power struggles among the victors begin. This has been the case since the breakaway northern Iraqi enclave held its first ballot in 1994. On 10 June, Nechirvan Barzani, prime minister of the Iraqi Kurdistan Regional Government (KRG), was sworn in as the region s newly elected president, succeeding his uncle Masoud Barzani who quit after the failure of an independence referendum in 2017.

Ramadan is the time of year when charitable organisations bombard Egyptians with television and other advertisements promoting various charitable causes and asking for their contributions. Building upon the increased piety and desire to do good that is associated with the holy month of Ramadan, charitable organisations tend to concentrate their fund-raising efforts during this month, hoping to extract the maximum resources to finance their activities for the remainder of the year. 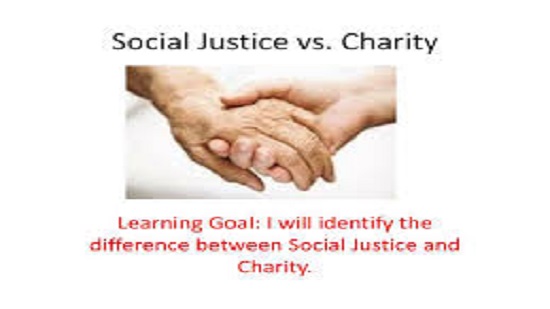 Why Dancing Is Good For Your Health

t has been known for a long time that physical activity–including dancing and exercise–can have several positive effects on people s bodies and minds, leading to better cardiovascular health, fewer migraine headaches, and a sharper brain. The Einstein Aging Study carried out in the Albert Einstein College of Medicine in New York, found that dancing helps prevent both Alzheimer s disease and vascular dementia, which is the next most common form of dementia after Alzheimer s disease. Joseph Verghese, the lead researcher of the Einstein Aging Study said, “Dance is not purely physical in many ways, it also requires a lot of mental effort.” Among the people who participated in the Einstein Aging Study, those who danced frequently –three or four times a week–showed 76% less incidence of dementia than those who danced only once a week or did not dance at all.

Policy on Cuba is an embarrassment for United States

The Trump administration recently decided to allow Cuban-American immigrants to sue the Cuban government for property confiscated from them after Fidel Castro took power in 1959. The administration is also limiting the amount of money that Cuban Americans can send to their relatives on the island, as well as the frequency of transactions. These are erroneous decisions which will only increase the suffering of Cuban people, and unnecessarily increase the antagonism between Cuba and the US government. “The only way to get property claimants what they deserve is through diplomatic negotiations, which President Trump just threw off the table,” wrote in a statement James Williams, president of Engage Cuba, a Washington-based advocacy group which is working to lift the embargo on Cuba. At the same time, limiting remittances to the island will only increase the suffering of Cubans who largely depend on the financial aid from their relatives in the US. 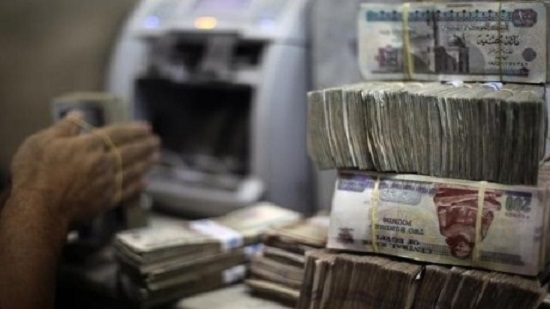 Egypts economy has significantly improved since 2013

Egypt s economic reform programme, launched in 2016, was a much-needed and brave endeavour, developed by a home-grown economic team, approved by political leadership, and endorsed by internationally acclaimed institutions such as the IMF. The programme aimed at a significant turnaround in Egypt s main economic key performance indicators, with the ultimate objective of elevating the quality of life based on solid and permanent foundations.

AFCON: A Golden Opportunity for Egypt

Egypt will host the 2019 African Cup of Nations (AFCON) in a few days, making this the fifth time Egypt will have the honour of acting as host of the tournament, having organised it in 1959, 1974, 1986, and 2006. This will also make Egypt the country to have organised the tournament the most times. This year will witness the participation of 24 teams for the first time in the history of the AFCON, which began in 1957. Several key points about this important event should be considered. 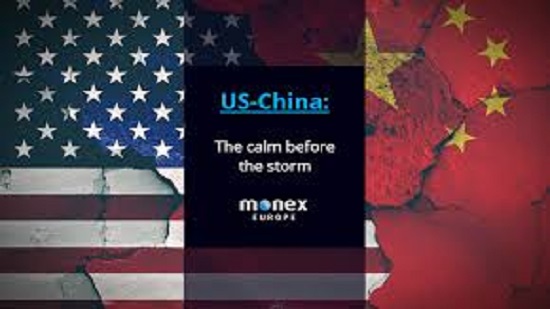 The Calm before the Storm in Europe

In the past forty years, Europe has gone through a turning point at the end of every decade. The first came at the end of the 1970s when Greece, Spain, and Portugal embraced democracy. This evolved the European project from mechanisms of economic integration to maintain peace in the continent, towards the beginning of the slow “ever closer” union. This coming together of the south with the north and the west breathed life in the European Union as an ideal of enlightened, democratic, rules-based liberalism.

Do you know what you breathe?

Air Pollution” is the theme of this year s World Environment Day, marked annually on June 5th. World Environment Day 2019 will urge governments, industry, communities, and individuals to join hands in exploring renewable energy and green technologies options and improve air quality in cities across the world.” Air pollution is a challenge that threatens basic human welfare, damages natural and physical capital, and constrains economic growth. It refers to the release of pollutants into the air that are detrimental to human health and the planet as a whole, and it is perceived as a by-product of increasing urbanization and industrialization; smoke, mold, pollen, methane, and carbon dioxide are just a few examples of common pollutants. 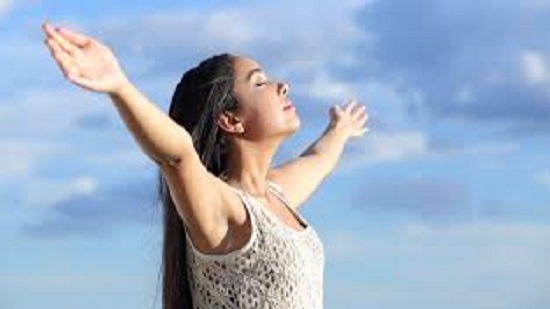 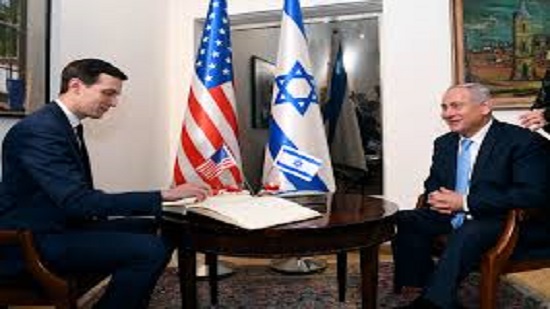 Why the US “Workshop” For Palestinians Will Fail

Twenty-five years ago, I moderated the panel discussion on the Palestinian economy at the international economic summit in Casablanca, Morocco.I was there in my capacity as co-chair of Builders for Peace (BfP), a project created by Vice-President Al Gore to help grow the Palestinian economy in support of the still-fledgling Oslo peace process. I learned a great deal both at the Casablanca Summit and in my more than three years with BfP and it is from that vantage point that I want to comment on the Trump Administration s proposal to sponsor an economic "workshop" in Bahrain. In short, I believe this effort will fail, not because the Palestinians won t participate. It will fail because of the reason why Palestinians won t participate. They know that without sovereignty and independence they cannot grow their economy.

The last of Theresa May

“Uneasy lies the head that wears a crown” is a phrase from Shakespeare s play Henry IV Part Two that might be used to describe the state of former UK prime minister Theresa May during her turbulent last days in office. With tears in her eyes after an emotional speech, May delivered her resignation speech on 24 May, ending her short-term career as the UK s second female prime minister. 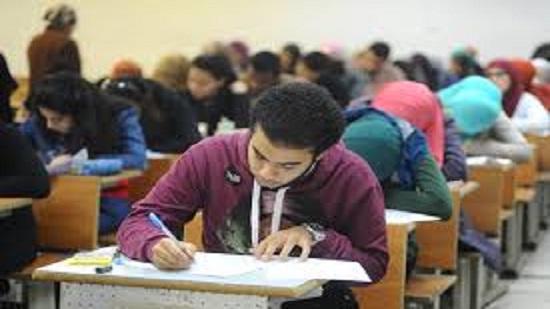 Reform and resistance in education

Throughout the past five or even six decades, Egyptian youth have suffered from severe negligence and underestimation. They have been regarded as a headache that can be cured by painkillers every now and then. But their wellbeing was not a priority, and their education and thus future prospects were never at the top of the list. Their social and even mental wellbeing were never taken seriously. For decades, they have been seen as often empty-headed creatures with no aims, aspirations or targets to fulfil. Egypt s youth also suffered a lot under former president Hosni Mubarak. According to a 2009 survey carried out by the Population Council, 30 per cent of young men aged between 15 and 29 years old said they were looking to emigrate, mostly to an oil-rich Gulf state and largely because they did not expect to find work at home.

While Iranian officials have refused to negotiate with US President Donald Trump, diplomatic activity this week showed that they were actively negotiating and travelling around the world from Europe to the region and even meeting with members of the US Congress in New York. Iranian Foreign Minister Mohammad Javad Zarif dined with US Democratic Party senator Dianne Feinstein, former chair and vice chair of the Senate Intelligence Committee, when he was visiting New York recently. 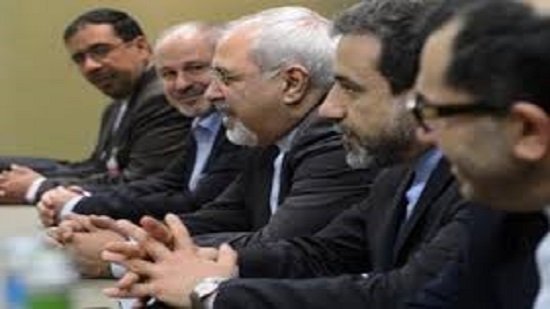 China is not an enemy. It is a nation trying to raise its living standards through education, international trade, infrastructure investment, and improved technologies. In short, it is doing what any country should do when confronted with the historical reality of being poor and far behind more powerful countries. Yet the Trump administration is now aiming to stop China s development, which could prove to be disastrous for both the United States and the entire world. Jeffrey Sachs China is being made a scapegoat for rising inequality in the United States. While US trade relations with China have been mutually beneficial over the years, some US workers have been left behind, notably Midwestern factory workers facing competition due to rising productivity and comparatively low (though rising) labor costs in China. Instead of blaming China for this normal phenomenon of market competition, we should be taxing the soaring corporate profits of our own multinational corporations and using the revenues to help working-class households, rebuild crumbling infrastructure, promote new job skills and invest in cutting-edge science and technology.

Libyan govt has made bad wager on Turkey

I tried to relieve the reader from reading about Libya this week, but accelerating developments have forced me to stop at an idea that perhaps didn t pass the minds of many. It is about the Turkish insistence on sending ships loaded with weapons and military equipment to the ports of Misrata, Al-Khoms and Tripoli and the Government of National Accord, and the UN mission s persistence in ignoring violations of the embargo imposed on exporting arms. 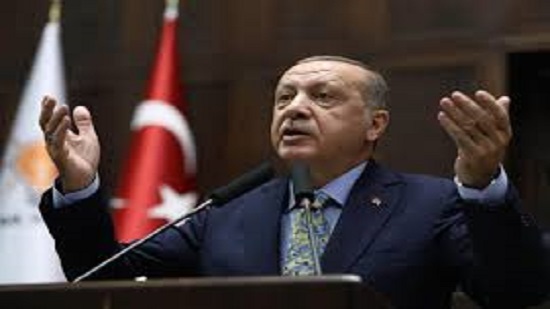 I met Prince El-Hassan bin Talal, former heir to the Jordanian throne, several times. In one of these meetings, we were talking about unifying ideas in the Islamic World. At this point, he told me: The idea of Islamic Caliphate is by all means impossible to achieve and for modern times, the most appropriate idea that Muslims should aspire to is a cooperative idea similar to contemporary international experiences. Prince El-Hassan was inclined towards the Algerian philosopher Malek Bennabi s theory regarding the Islamic Commonwealth.

Solar energy and the future

Egypt s solar park in Aswan has recently won a best project award given by the World Bank Group. This is the first time that Egypt has received the award, and it reflects the bank s trust in the government s current economic reform programme. The total cost of this solar energy project is estimated at $2 billion. In 2017, the World Bank s International Finance Cooperation offered the sum of $653 million in funds to the project. The European Bank for Reconstruction and Development and other global institutions are also taking part in the funding.