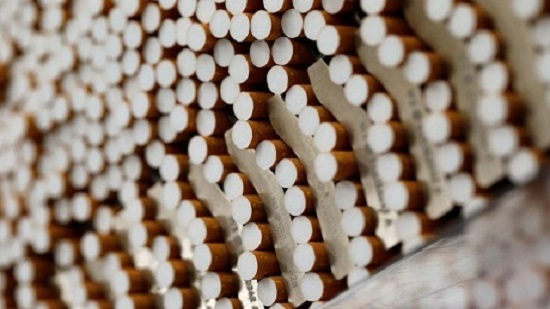 Egypt to work with WHO to combat illicit tobacco trade

The defence ministers of Egypt, Greece and Cyprus have attended joint military drills between the three countries near the Greek island of Crete, the Egyptian army said late on Wednesday. The Medusa-7 training exercise, which involves air and naval forces from the three countries, began earlier this week west of Crete. 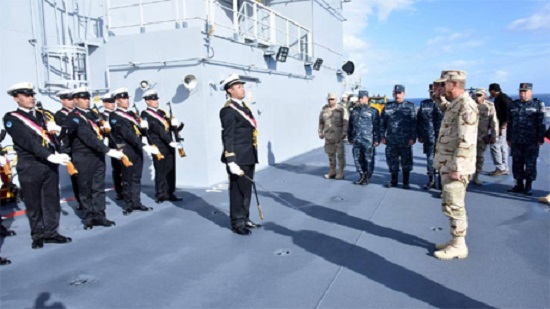 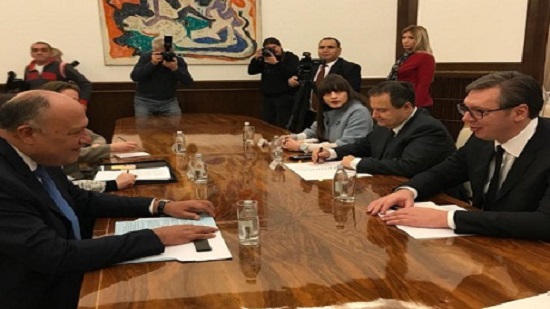 Serbian President Aleksandar Vučić discussed on Wednesday with Egypt s Foreign Minister Sameh Shoukry boosting cooperation between the two countries, a statement by Shoukry s spokesperson Ahmed Hafez said. Shoukry is on a three-day visit to Serbia to discuss bilateral cooperation with Serbian officials. During the meeting with Vučić, Shoukry expressed Egypt s appreciation for a decision adopted by the two sides to upgrade the level of representation of a higher joint committee between the two countries. The decision reflects the keenness of the two countries to promote cooperation, the spokesman quoted Shoukry as saying.

Damietta Public Prosecution ordered the arrest of Sami Diab, an Arabic language teacher at the Martyr Mohamed Gamal Saber School in Damietta, on Tuesday evening for four days pending investigation on charges of bullying a dark-skinned student, Basmala Ali Abdallah, in the second preparatory grade. He said during interrogations he did not mean to bully or ridicule the student. 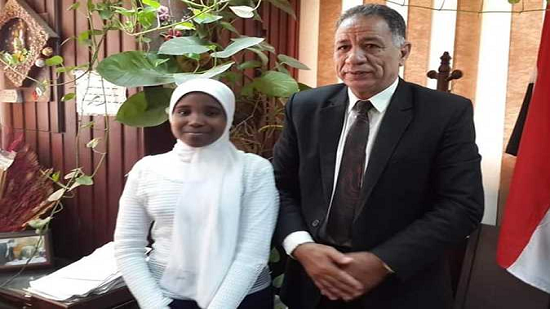 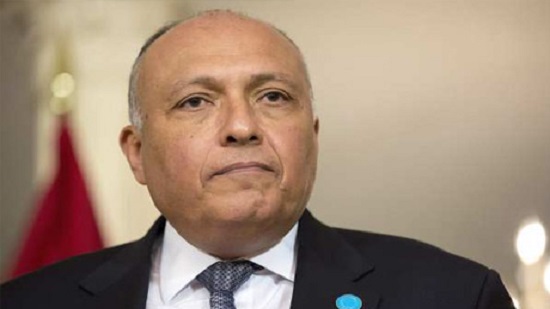 Egypts FM heads to Khartoum for ministerial meeting on Libya

Egypt s Foreign Minister Sameh Shoukry will head to Sudan on Wednesday to participate in the ministerial meeting of Libya s neighbouring countries, a statement by the Egyptian foreign ministry said. The meeting is scheduled to take place in the Sudanese capital on 29 November.

Egypt will launch the first international tender for oil and gas exploration in the Red Sea next month, a petroleum official has said. The government is now conducting a seismic study off the country s eastern coast to identify areas of prospective resources, Mohamed Abdel-Azim, head of the state-owned South Valley Egyptian Petroleum Holding Company, was quoted as saying by state news agency MENA. 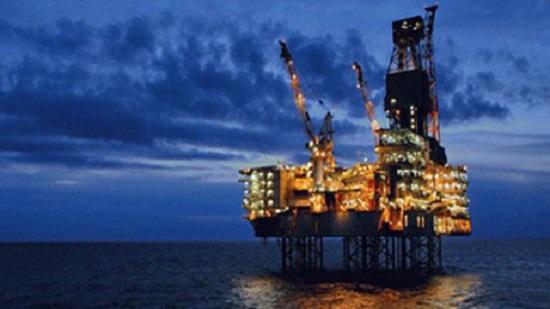 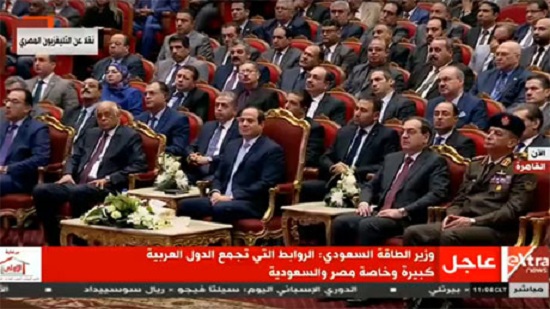 Egypt s Minister of Petroleum and Mineral Resources Tarek El-Molla said on Monday that Egypt will shed light on the threats and challenges of informal mining in the Arab world at the 15th International Arab Mineral Resources Conference in Cairo this week. The Egyptian minister s comments came during his speech at the opening of the conference. President Abdel-Fattah El-Sisi opened the event.

Egypts imports of poultry, sugar drop over past 10 months: GOEIC

The General Organisation for Import and Export Control (GOEIC) said that the imports of strategic goods such as poultry and sugar have declined over the past 10 months. Poultry imports in this period recorded $61 million compared to $153 million in the same period in 2017; a 60 percent drop, MENA quoted a GOEIC report as saying. 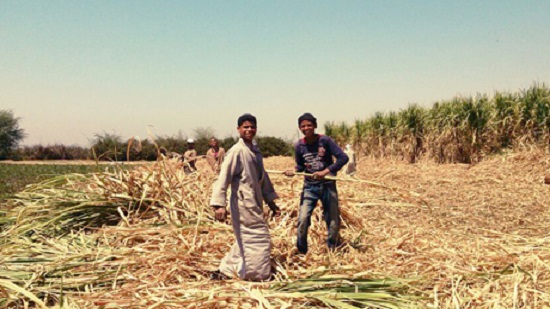 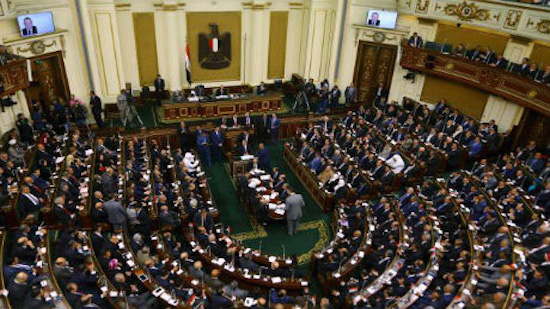 In a meeting held on Sunday, the Egyptian parliament s defence and national security committee recommended that strict measures be taken on all state levels to stem the runaway population growth in Egypt. "The population of Egypt is increasing at a fast pace, and all measures should be taken to contain this phenomenon in order for the country to be able to face economic challenges in the years ahead," said the head of the committee Kamal Amer.

Egypt sees increasing interest from U.S. energy companies in developing its offshore oil and natural gas resources and expects them to participate in two bidding rounds due before year-end, Petroleum Minister Tarek El Molla said. Egypt has emerged as an attractive destination for foreign energy firms following a string of major discoveries in recent years including the giant Zohr offshore field, which holds an estimated 30 trillion cubic feet of gas. 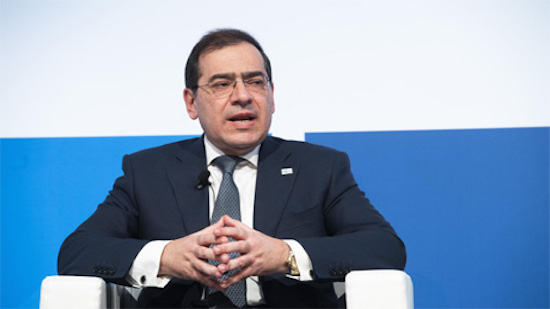 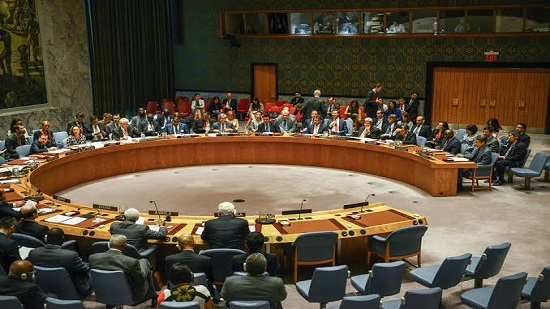 Egypt’s Permanent Representative to the United Nations Mohamed Edris called for lifting the historic injustices on Africa, by allocating two permanent seats in the Security Council to the continent. The northeast African state participated in the plenary session of the UN General Assembly on equitable representation in the Security Council, which was widely attended in a spirit of the council’s reform and expansion.

The government reached an agreement to settle the international arbitration case filed by the Israel Electric Company against Egypt. The Egyptian Petroleum Corporation (EGPC) and the Egyptian Gas Holding Company (EGAS) were fined $1.75bn due to the suspension of gas exports in 2012. A government source told Daily News Egypt that the agreement included a reduction in the value of the fine, which was decided by the International Chamber of Commerce in Geneva in 2015, in addition to the scheduling of payment to begin with the operation of the gas pipeline between Egypt and Israel. 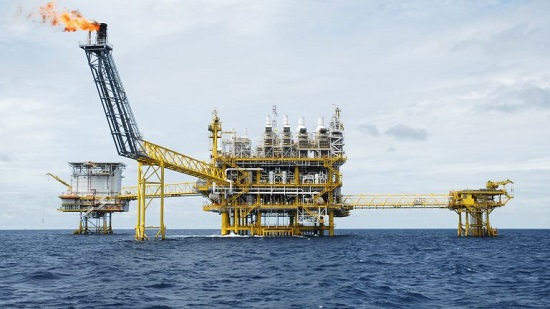 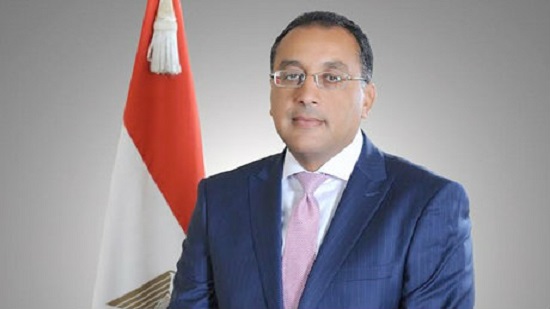 The Egyptian cabinet approved on Wednesday a 214 million euro deal with the European Investment Bank (EIB) aimed at improving sanitation services and the environment for the people living in the Nile Delta region. The deal will be used to finance the depollution of the 69 km-long Kitchener Drain, the main agriculture drainage canal spanning across the governorates of Kafr El-Sheikh, Gharbiya and Daqahliya in the Nile Delta region, and which is known to be one of the country s most severely polluted canals.

Egypt will host mid-April 2019 the 12th round of the Egyptian-Russian joint committee for trade, economic, scientific and technical cooperation, Minister of Trade and Industry Amr Nassar said during extended talks with Russian Minister of Trade and Industry Denis Manturov in Moscow. The meetings will be held under the auspices of the trade ministers of both countries and will take up means of bolstering cooperation between Egypt and Russia in the fields of trade, industry, health, tourism, education, information technology, customs, agriculture, transportation, energy and investment. 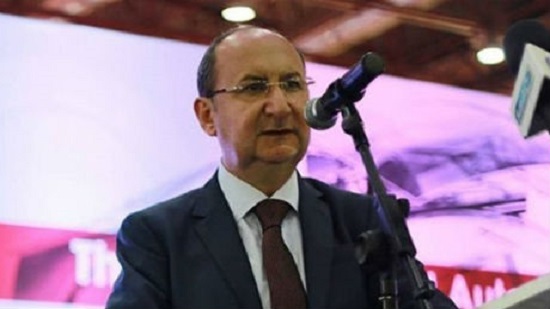 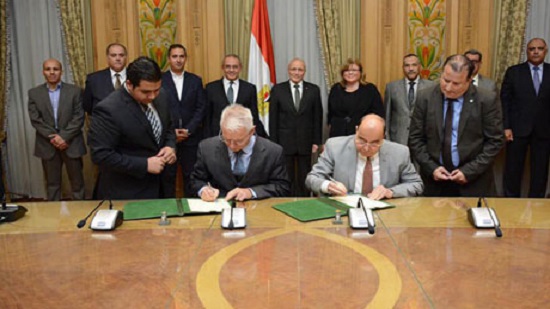 Egypt s Minister of Military Production Mohamed El-Assar attended on Tuesday in Cairo the signing of a memorandum of understanding (MoU) between Egypt s National Organisation for Military Production and the Slovenian company Iskra to cooperate in the field of developing infrastructure to distribute energy. The ambassador of Slovenia Mateja Prevolsek also attended the event.

Egypt s Foreign Minister Sameh Shoukry will visit Sofia, the capital of Bulgaria, on Wednesday to discuss bilateral and regional issues of mutual interest in light of the importance Egypt attaches to strengthening relations with its partners in Eastern Europe, according to a statement by Egyptian foreign ministry spokesperson Ahmed Hafez. Bulgarian Prime Minister Boyko Borissov visited Egypt last October, when the two countries agreed to form a joint committee headed by the foreign ministers of the two nations. 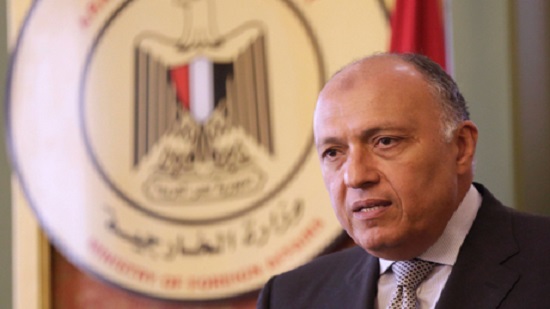 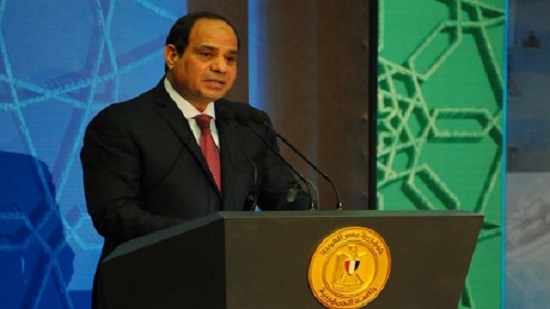 Egypts Sisi calls on scholars, intellectuals to spread the tolerant teachings of Islam

Egypt s President Abdel-Fattah El-Sisi has called on scholars and intellectuals to "defend the reputations of Muslims worldwide by spreading the tolerant teachings of Islam." In a speech, El-Sisi said that the "building up of human beings" and the enlightening of minds is the main pillar of progress and development.

We are committed to follow-up, continuation of GERD talks: Ethiopian PM

Egyptian Prime Minister Mostafa Madbouly discussed with his Ethiopian counterpart Abiy Ahmed ways to develop bilateral relations to the level of an integrated partnership and to activate mechanisms to achieve this target, along with issues relating to GERD. Madbouly held talks with Ahmed on Sunday during their meeting on the sidelines of the Extraordinary African Summit in Addis Ababa. 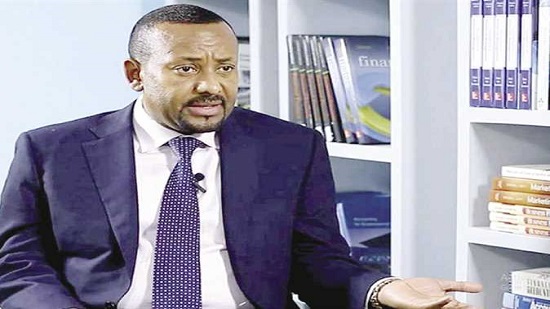 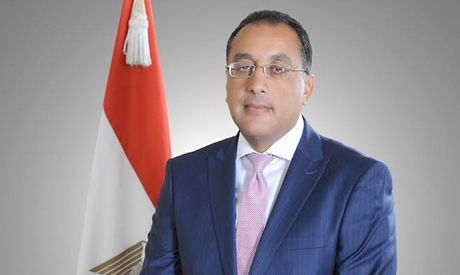 Egypt s Prime Minister Mostafa Madbouly met on Sunday with his Ethiopian counterpart Abiy Ahmed on the sidelines of the 11th African Union Extraordinary Summit in Addis Ababa, delivering a message from President Abdel-Fattah El-Sisi on enhancing bilateral relations between the two countries, Al-Ahram Arabic website reported. The prime minister affirmed Egypt s keenness on bolstering the level of relations between the two countries to a full partnership, noting his country s readiness to exchange expertise in the field of constructing new cities and roads in Ethiopia, in light of the development plan adopted by Addis Ababa.

Remittances from Egyptians abroad rose 20.4 percent year-on-year in September to $1.8 billion, the central bank said on Sunday. The figure means remittances grew by 1.5 percent in the first quarter of the 2018/2019 financial year to $5.9 billion. 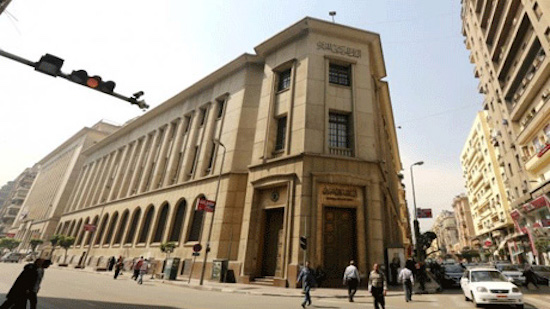 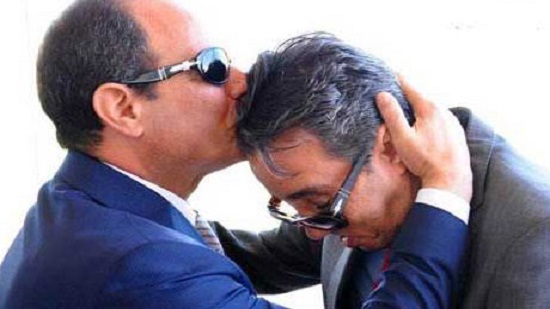 Egypt s President Abdel-Fattah El-Sisi has issued a decision to rename El-Nahda Square in Giza after late police brigadier Satea Nomani, who died on Wednesday in London while receiving medical treatment for injuries suffered in clashes with Muslim brotherhood supporters in 2013. Nomani died at St Mary Hospital in London, where he was being treated for serious wounds he suffered during the dispersal of a sit-in supporting Islamist president Mohamed Morsi at El-Nahda Square in August 2013.

The youngest minister in Egypt

His grandmother raised him well and he was able to win a competition for school students called Abakira the Guinnesses . This competition that was turned into a TV show sponsored by Ahly Bank of Egypt. Back to the young man whose name is Pisso and whose mother got married when he was only 4 and left him to his grand mother to raise him and motivated him to win the competition. Her dreams are far more than suc