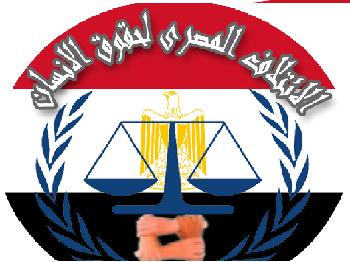 Two leading Egyptian rights groups have criticised authorities for refusing to acknowledge the sectarian dimension in the recent killing of six Coptic Christians in southern Egypt.
"What happened in Nagaa Hammadi was a sectarian killing," Hafez Abou Seada, Secretary General of the Egyptian Organisation for Human Rights (EOHR) said in a statement on Wednesday.
On January 6, the eve of the Coptic Orthodox Christmas, three gunmen raked worshippers emerging from mass in Nagaa Hammadi with bullets, the deadliest attack since 2000 when 20 Copts were killed in sectarian clashes.
"To kill of members of one particular faith as they exit from mass shows a qualitative change in acts linked to sectarian tensions," he said.
In a report, the EOHR said, "the lack of a democratic climate which allows citizens to express their problems and exercise their rights naturally is one of the main causes of sectarian incidents."
The Egyptian Initiative for Personal Rights (EIPR) echoed the view.
EIPR director Hossam Bahgat told reporters that authorities were trying to "de-contextualise the Nagaa Hammadi events to narrow the scope."
"There is a big effort to refuse to describe this event as sectarian," which is neither good for Muslims or Christians, he said.
Egypt has been seeking to minimise the repercussions of Christmas eve shooting by qualifying the incident as a "criminal" rather than sectarian affair.
Nearly two weeks after the incident, President Hosni Mubarak made indirect mention of the attack, calling on Muslims and Christians to unite and rejecting "sectarian disputes and extremism especially as there are some abroad seeking to deepen rifts between Muslims and Christians."
Egyptian officials have denied a sectarian element in the attack, insisting it is a purely criminal act and have linked it to the alleged rape of a Muslim girl by a Coptic man in the nearby village of Farshut last November.
Copts, who account for nearly 10 per cent of Egypt's population of 80 million, are the Middle East's largest Christian community but complain of routine harassment and systematic discrimination and marginalisation.
Three Muslims were arrested two days after the attack and charged with premeditated murder. They will stand trial before an emergency security court next month.
Tweet
Pope Shenouda Article