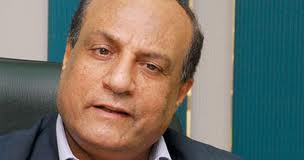 They are accused of 12 charges including inciting murder, storming the public radio and television building with firearms, and causing damage to vehicles owned by the Army.