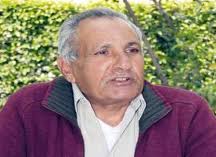 He added that such indiscriminate decisions offer great atmosphere for Hostile intelligence operations that aim at destroying Egypt and sow discord among its people.