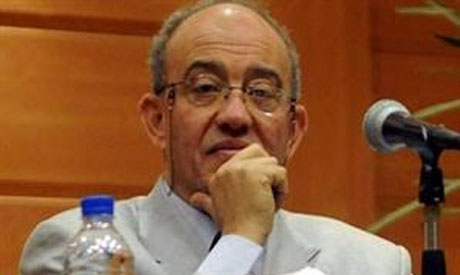 Ahmed El-Borai, secretary of the National Salvation Front (NSF), an umbrella organisation of opposition groups, has rejected the Constituent Assembly's invitation for dialogue on the constitution.

In an interview with the Al-Ahram Arabic website on Tuesday, El-Borai questioned the authority of the assembly to call for the meeting because it was "dissolved the moment the constitution draft was finalised."
Earlier on Tuesday, the High Authority of the Constituent Assembly invited NSF leaders for a meeting on Friday to discuss their objections to the draft constitution and how to reach a national consensus.
"If the assembly was aware of our objections from the beginning why did it delay the invitation until the referendum was already being held?" asked El-Borai.
He also questioned what the outcome of the dialogue would be when the referendum is already underway.
The NSF has urged the president to postpone the referendum for two weeks, El-Borai added, asserting that the front would not agree to anything except a new draft constitution written by a more representative assembly.
"The steps taken by the president to overrule judicial independence and make his decisions immune from challenge only make matters harder," said El-Borai, stressing that the front is hoping the president will reconsider his decisions and end the current state of division.
The National Salvation Front is the main opposition coalition formed after the draft constitution was approved by President Morsi on 1 December.
Headed by ElBaradei and former presidential candidates Hamdeen Sabbahi and Amr Moussa, the front has called for a 'No' vote in the referendum.
The front has claimed 66 per cent voted 'No' in the poll's first phase.
However, unofficial results show 56.5 per cent voted 'Yes' in the ten governorates that voted on Saturday.
The remaining 17 governorates will vote on 22 December.
Tweet
Pope Shenouda Article