Egyptian judges in Ismailiya to oversee referendum after ending strike 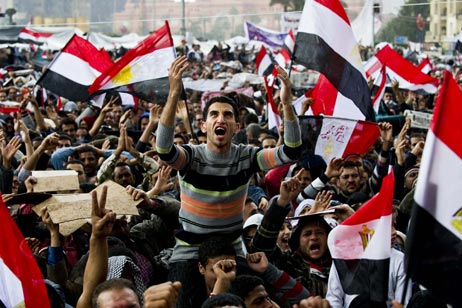 Judges of Ismailiya Primary Court ended their strike on Tuesday and decided to supervise the second phase of Egypt's referendum on a new constitution, which takes place on Saturday.

The general assembly of the court had earlier decided to take part in a strike held by many judges across Egypt, in protest at President Mohamed Mori's November constitutional decree which they regarded as a threat to their independence.

The decree shielded Morsi's decisions from legal challenges and protected the constitutent assembly and the upper house of parliament from dissolution. It also paved the way for the Islamist president to dismiss Hosni Mubarak-era prosecutor general Abdel-Meguid Mahmoud.

The judges' decision to end their strike comes following the resignation of new prosecutor general Talaat Ibrahim, whose appointment by Morsi prompted their wrath after it violated the normal legal procedures required for that position.

Abdullah’s resignation has yet to be accepted by the Supreme Judiciary Council.

Opposition groups have reported many violations in the first round of the constitution, included vote rigging.

The referendum is split over two days because many of Egypt's judges have staged a boycott in protest at Morsi's decree, which he cancelled earlier this month.

Preliminary results suggested that 56.5 per cent have voted "yes" in the first round, which included 10 governorates. The remaining 17 governorates are scheduled to vote on Saturday.