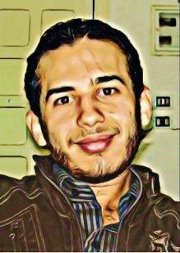 Egyptian human rights organizations have jointly condemned the three year sentence of activist Alber Saber, who is accused of defaming religion. A Cairo criminal court sentenced Saber on Wednesday to three years in jail and a 1,000 LE bail, until his case is viewed by an appeals court.

“Such harsh sentences against a Coptic Egyptian for expressing his thoughts on social networks, involves a great deal of injustice and power abuse against religious minorities,” said the statement.
Saber’s lawyer said he had paid the bail, yet the court sent Saber to prison, stalling in his release and ignoring legal procedures.
Saber was accused under civil law of sharing and spreading materials online that violate codes 98, 102, 160 and 161 of articles that criminalize defaming religion.
He was arrested after a mob of angry men gathered under the home he shares with his mother, and demanded he be arrested and punished for allegedly sharing a clip of the American controversial film “the Innocence of Islam.”
They threatened his elderly mother, who rushed to call police for protection. Surprisingly, when the police arrived at the scene, they manhandled Saber, beat and arrested him.
Police seized his computer and left his mother without protection, as she continues to receive death threats if she does not move from her family home.
The rights organizations said the verdict was “the beginning of an endless attack on freedom of speech and religion and is proof of the hostile attitude the state carries against minorities.
“The signed organizations see that verdict to be a message to all opposition to the new religious dictatorship currently taking shape in Egypt.”
“Words should never lead to imprisonment, even if they take a stand contrary to society,” the organizations added.
The organizations signing the open letter included the Hisham Mubarak Law Center, Cairo Center for Human Rights Studies and the Association Freedom of Thought and Expression, among other leading rights organizations.
Tweet
Pope Shenouda Article