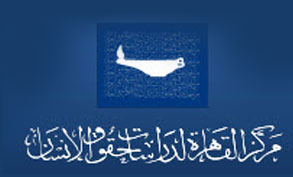 In a collective press conference held at the Cairo Institute for Human Rights, a number of human rights organizations have demanded the re-hold of the first round of referendum on constitution draft, after it was rigged in a smilier way to that used by the former regime.

Negad Boray, human rights activists, said that the screening process was carried out in the dark avoiding being monitored by cameras as well as representatives of civil parties, which is against the law.

He added that many judges have closed their electoral committees before the due time, which annuls its results, and such judges should be punished.

Dr. Magdy Abdul Hamid, human rights activist, said that most NGOs weren't allowed by the National Council for Human Rights to supervise the voting process while more than 20,000 MB members were given permissions to supervise, which they used to mobilize the people in order to vote “Yes”.