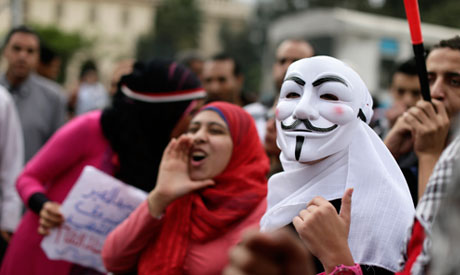 "Of course I have no intention of leaving. I will keep coming even if I come all by myself. I still insist that the draft constitution cannot be offered up for referendum as is," said Ghada, a 37-year-old attorney.