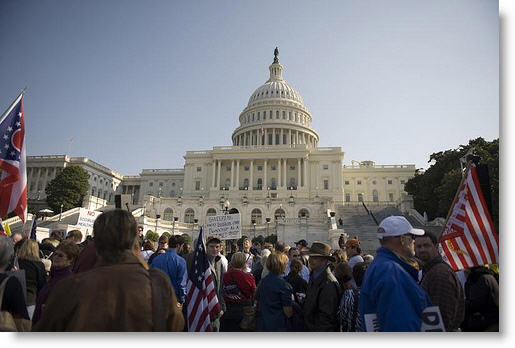 WASHINGTON, Dec. 6, 2012  -- The Egyptian Front for National Salvation and Coptic Solidarity call for a demonstration in Washington, D.C., on Saturday December 8 to condemn the power grab and other illegitimate measures taken by President Mohammad Morsi of Egypt.

Ten days before the Supreme Constitutional Court was scheduled to issue its ruling on December 2nd in lawsuits regarding the legitimacy of the Constituent Assembly, Morsi issued a new constitutional declaration in which he arrogated to himself sweeping powers, and shielding his decisions from legal challenge through the courts.
The day before the court's session, the Constituent Assembly, dominated by Islamists after the withdrawal of civil (non-Islamist) forces and Christians, rushed a draft new constitution considered to be a blue print to establish a "theocratic state" and take Egypt centuries back. President Morsi immediately called for a referendum to be held on December 15th ignoring even the mandatory delay needed to have a public discussion on the document.
On December 2nd, Morsi's Islamist thuggish supporters besieged the Supreme Constitutional Court and stopped justices from going in.
The Constitutional Court was expected by many experts to dissolve the assembly as it was established on flawed basis.
Islamists in the Constituent Assembly imposed their will throughout the drafting process, depriving women of their basic rights and seriously curtailing human rights and religious freedom.
This sequence of events sparked massive outrage in Egypt against Morsi, leading hundreds of thousands to take to the streets all over the country. The protesters demanded to revoke the latest constitutional declaration, disbanding and replacing the Constituent Assembly, and discarding the draft constitution. Some are demanding Morsi's removal from office.
Many Egyptian judges went on strike and announced they will not oversee the referendum.
A demonstration is organized from 11:00 a.m. to 4:00 p.m. in front of the White House in Washington, DC on Saturday December 8, 2012 demanding:
Annulment of the constitutional declaration of November 22nd,
Cancellation of the referendum scheduled for December 15th, and discarding the subject Constitution Draft.
Disbanding the Constituent Assembly and forming a new one which truly represents all segments of the Egyptian society.
Strongly demanding a constitution in total accord with all international agreements and conventions which guarantees women rights, human rights and religious freedom to all citizens equally.
Tweet
Pope Shenouda Article