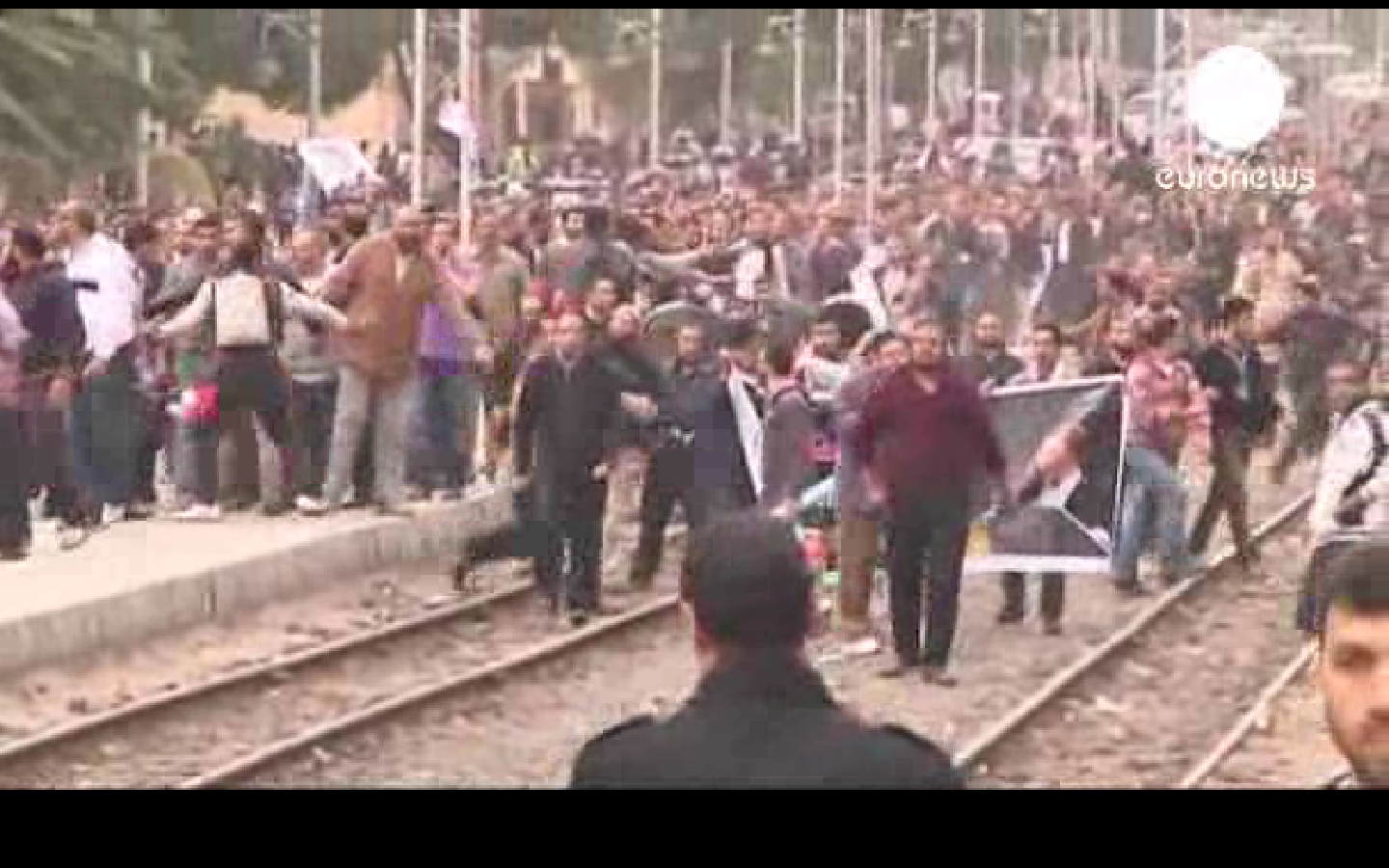 Supporters and opponents of Egyptian President Mohammed Mursi have been brawling outside the presidential palace in Cairo.

Petrol bombs were thrown along with stones and other objects and there were reports of shots fired.
Local TV channels reported two deaths and around a dozen serious injuries.
The president’s backers tore down the tents of those who had organised a sit-in against Mursi’s expanded powers and draft constitution.
Despite growing protests Egypt’s Vice President Mahmoud Mekki insists a referendum on the constitution will go ahead as planned in just over a weeks time.
Facing the gravest crisis of his six-month tenure, Mohammed Mursi claims he is acting to prevent the courts, still full of appointees from the Hosni Mubarak era, from derailing Egypt’s political transition.
He says he will give up his new powers once the new constitution is ratified.
Tweet
Pope Shenouda Article