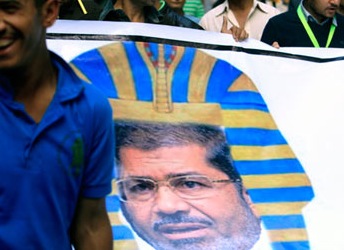 On February 10, 2011, Director of National Intelligence James Clapper appeared before the House SelectCommittee on Intelligence to testify on threats to the United States. Mubarak was one day away from resigning, under pressure from Washington, paving the way for a Muslim Brotherhood takeover, and the situation in Egypt was on everyone’s mind.