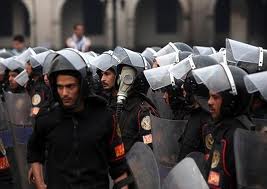 State of emergency has been declared in Awlad Marzouk village after 3 people were killed in clashes between Copts and Muslims( including 2 Christians and a Muslim), in addition to many injuries.

It's worth mentioning that many Salafis have gathered demanding a revenge for the “Muslim man” who was killed, though he is known to be a bully!