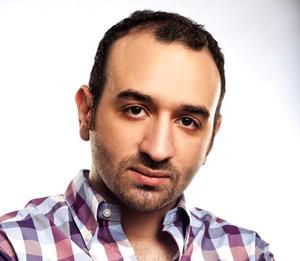 Director and screenwriter Amr Salama is calling for support from the film and journalism communities in rejection of the censoring his latest script, 'La Moakhza' ('No Offence'), originally named 'Thanya Eadady' ('Prep Two'), despite yielding to the censorship committee’s demand for changes more than once.

Amr Salama told Ahram's Arabic news website that the censorship committee had rejected the script before the revolution, and asked him to make a few changes to the lead character.

The character is a Coptic child with an unusual appearance, who fears discrimination among his classmates, so decides to deny being a Copt and spends the school year as a Muslim until revealing the truth at the end, to positive and friendly reactions from his friends.

Salama says that he submitted the script again after the January 25 Revolution, but the committee rejected it and requested further edits.

The writer said that despite the committee’s claim that they rejected the film for criticising the educational system in Egypt, the real reason is that the lead character is Coptic.