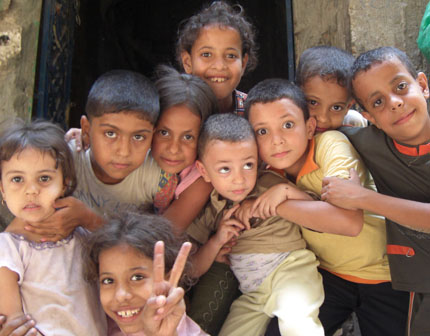 U.S.-based Human Rights Watch on Monday urged Egyptians drawing up a new constitution to amend the current draft which it said did not adequately protect women and children's rights, ensure freedom of religion or speak out clearly against torture.

The constitution has to be approved in a referendum before a new parliamentary election can be held, but the process has been hindered by a tug-of-war between Islamists, liberals and others on the 100-strong assembly drawing it up.

The document is meant to be the centrepiece of a new democratic Egypt after veteran autocrat Hosni Mubarak was ousted last year and its successful drafting is seen as a litmus test for its new Islamist rulers including President Mohamed Mursi.

But liberal parties and politicians have repeatedly threatened to walk out of the drafting assembly, accusing Islamists who dominate it of seeking to impose an Islamic vision of society that does not reflect the nation's diversity.

About 10 percent of Egypt's 83 million people are Christians. Alongside more moderate Muslims, they are wary about the rise to political power of groups like the once banned Muslim Brotherhood and the ultraorthodox Salafi trend.

"The Constituent Assembly has a landmark opportunity to lay the groundwork for respecting human rights in tomorrow's Egypt, but its current draft fails to meet that standard because of vague language or limitations that destroy the essence of many rights," said Nadim Houry of Human Rights Watch (HRW).

There is no set date for the constitution to be completed, though some members of the assembly have said it could be ready in November. However, past deadlines have slipped.

"It is particularly shocking that Egypt's post-Mubarak constitution does not mention the word torture but instead refers only to lesser forms of physical harm," said Houry, deputy director of the Middle East and North Africa division.

HRW has long accused the police and security forces of routinely using torture, though officials have denied this and say any such cases are investigated.

HRW said article 36 of the draft constitution threatened equality between men and women by saying the state should ensure equality as long as it did not conflict with "the rulings of Islamic Sharia". The group said this could allow a "further regression in women's rights".

Nader Bakar, a member of the Salafi al-Nour party on the assembly, told a television talk show on Sunday that, under sharia, women and men were not equal in matters of inheritance or in marriage, where men can marry more than one wife.

Edward Ghaleb, a representative of the Coptic Orthodox Church on the assembly, said the Salafis could use such an article to "harass Christians in their laws but also to impact all Egyptian women."

HRW also said article 8 was discriminatory because it limited the construction of places of worship to adherents of Abrahamic religions - namely Christianity, Islam and Judaism.

It urged members of the assembly to include a provision directly incorporating human rights as defined by international treaties ratified by Egypt into Egyptian law to strengthen the basis for amending many domestic laws that restrict rights. (Additional reporting by Yasmine Saleh and Tamim Elyan; Writing by Edmund Blair; Editing by Andrew Osborn)