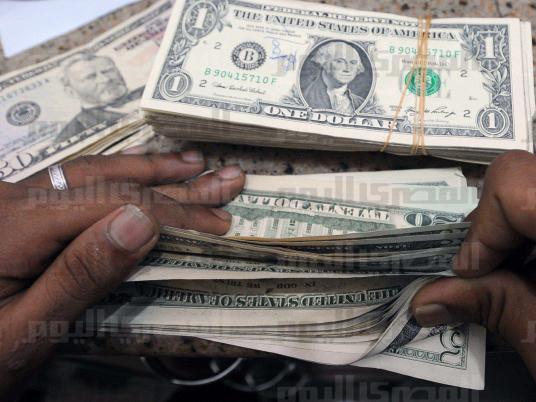 As anti-American sentiment boils in Islamic countries like Egypt, lawmakers are moving to permit billions of dollars in U.S. foreign aid under a government-wide funding bill set to clear Congress this week.

In the case of Egypt, turmoil since the overthrow of U.S. ally President Hosni Mubarak early last year has delayed the release of hundreds of millions of dollars in economic aid that has been approved over several years.
A violent mob assault at the U.S. Embassy in Cairo certainly hasn't helped efforts to release already approved funds, but White House Press Secretary Jay Carney on Tuesday denied a media report that U.S. talks with Egypt to release the aid are on hold until after the election.
"We're continuing to work with (Congress) on ways to support a stable, democratic transition in Egypt that is important for defeating extremism of the very kind that we just recently saw," Carney said. "We provide assistance to Egypt because it's in our interests to help them advance regional security and uphold their treaty with Israel and transition to democracy."
Some in Congress have called for cutting off aid to Egypt.
Instead, new money will continue to be available under the terms of a six-month government funding bill that passed the House last week and faces a Senate procedural vote on Wednesday. The measure allows for almost $130 million a month in military and economic aid to Egypt since it permits aid to flow at the same rate as current funding.
Conservative GOP Rep. Dan Burton of Indiana mounted a futile protest during House debate on the stopgap spending bill last week.
"I want to know if any of it is going to Libya or Egypt," Burton said. "Our embassies have been attacked. An ambassador has been killed. The Muslim Brotherhood runs Egypt — and we're going to give them money? I would like to have an answer."
Burton didn't get an answer. But it's clear that no money from the temporary spending bill would go to the government of Libya, which unlike Egypt has ample oil resources. Some humanitarian aid could end up flowing into Libya but it's not mandated.
As for aid to Egypt, it would be permitted at an annualized rate of $1.55 billion — $250 million in economic aid and $1.3 million in military aid, though the actual flow of money is supposed to be contingent on the administration's willingness to certify that Egypt has met stringent conditions demanded by Congress, including demonstrating that it is taking specific steps toward democracy.
Secretary of State Hillary Clinton, however, has the authority to waive such congressional conditions placed on aid if it would be in the United States' national security interest. She issued such a waiver in March.
"The incidents of the past week highlight how important our work is. The United States must and will remain strongly engaged in the world. ... The United States must be a force for peace and progress," Clinton said Tuesday. "That is worth striving and sacrificing for and nothing that happened last week changes that fundamental fact."
New, somewhat more stringent rules demanded this summer by Capitol Hill's appropriations panels will have to wait, however, for passage of the full-year foreign aid bill. One rule suggested by the Senate panel would require the administration to certify that Egypt is being ruled by a democratically-elected civilian government that protects a variety of civil liberties.
The tougher certification requirements still could be waived by Clinton, though approval from key congressional committees is required before the money can actually be disbursed.
Egypt's military aid is used to buy weapons from U.S. manufacturers and has traditionally flowed pretty quickly. But economic aid has advanced much more slowly.
"They're now only beginning to look at spending fiscal '10 and '11 money in Egypt which has been in the pipeline," said a Senate Appropriations Committee staff aide. The aide required anonymity because he or she is only authorized to speak to the media under such conditions
Tweet
Pope Shenouda Article