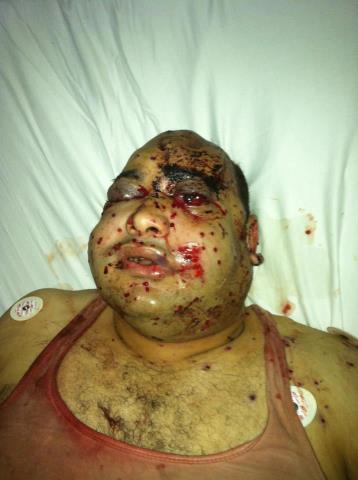 Dr. Maher Rizk, a Coptic man who was shot in the eye by a group of bearded men lies in the hospital now, while those who shot him has never been arrested by police.

Atef Matta, his brother in law, said that prosecution has ordered the quick arrest of the perpetrators, but the police have never done their job.
Tweet
Pope Shenouda Article