Lewis Grace: I worry about Egypt and Sinai 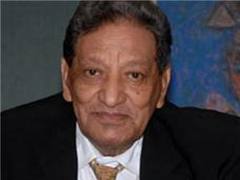 Louis Grace, journalist and writer, said that he is very happy that Dr. Mohammed Morsy has become the president in Egypt, however he is worried about Egypt that Muslim Brotherhood may destroy it, or even waste Sinai for their friends in Hamas.

Grace added in his interview on Manshet (headline) program with the anchor Gaber al-Qarmouty that President Morsy shouldn’t follow the blind obedience rule for the General Guide as a member of Muslim Brotherhood which is too hard to do after 37 years of membership in MB.
Tweet
Author