Bahaa Anwar: MB is seeking to seize control of all religious institutions 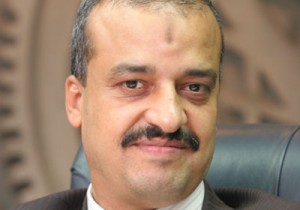 Bahaa Anwar, Shiite activist, said that what happens to the Shiites of prosecutions by police returns the time of repression, like what has happened for Mohammed Asfour, teacher of Quran science in Al-Azhar, who was sentenced to imprisonment for one year after he had been accused of insulting the prophets which is a fabricated case.

Anwar added that having a Wahhabi minister in the Ministry of Religious Endowments is the first step to revive the project of the Islamic caliphate, and their next step will be taking over Al-Azhar which is the last moderate Islamic institution in Egypt.
Tweet
Pope Shenouda Article