Hamas buys lands of Sinai to resettle the Palestinians 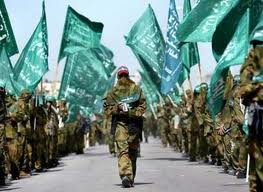 Copts United knew that a number of Palestinians who belong to Hamas have been buying lands in north Sinai (Sheik Zoid and Rafah) using the help of some relative families and tribes in Sinai.

The source explained that the price of the land purchased is millions of Egyptian pounds.
It added that they aim at establishing a number of projects to hire the people of Gaza and Sinai in order to achieve the planned settlement of the Palestinians in Sinai.
The source added that the project will cost around 2 billion dollars to establish a number of factories and hotels to move huge numbers of Palestinians to Sinai as the first step of the settlement.
Tweet
Pope Shenouda Article