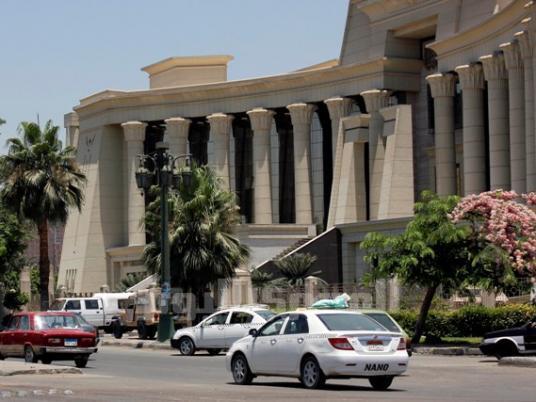 The Union of Revolutionary Youth called on President Mohamed Morsy to dissolve the Supreme Constitutional Court, in a statement Wednesday, saying the judiciary needs to be immediately purged of Mubarak’s men to build a sound democratic system.

They added that the continuation of the current court poses a threat to the revolution.
"The SCC is the wall the Supreme Council of the Armed Forces built to counter the revolution after it created the illusion that it had handed full powers to the people,” the statement said. “The supplement to the Constitutional Declaration keeps power in the hands of the SCAF, while the SCC does its utmost to implement the declaration.”
Mohamed al-Saeed, general coordinator for the union and a member of the Constituent Assembly, said that the court’s ruling to freeze Morsy's decision to restore parliament was defective, and questioned why judges did not protest when the American citizens charged in the foreign-funded NGO's case were released and traveled back to the US.
The SCC ruled to stop the implementation of the president's invitation to Parliament to resume its sessions on Tuesday.
The court ordered the implementation of its previous ruling that invalidated the parliamentary elections law and called for the dissolution of parliament.
Tweet
Pope Shenouda Article