Suez: Leaders of the Catholic Church in Suez offer congratulations to Mursy and FJP 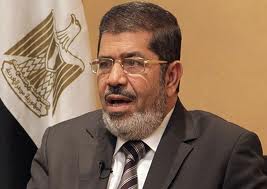 Father Bishay Isaac Bishay, deputy of Coptic Catholic Diocese in Suez accompanied by a delegation of Catholic Church's leaders has visited the headquarters of Freedom and Justice Party to congratulate them on the victory of Dr. Mohamed Morsy in the presidential elections.

Many leaders of Muslim Brotherhood and FJP have welcomed them.
The audience agreed that Muslims and Christians should unite to rebuild the nation and achieve equality and freedom for all Egyptians.
Tweet
Pope Shenouda Article