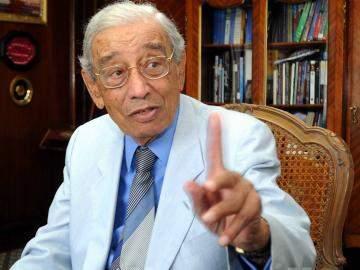 Boutros Boutros Ghali, the chairman of the National Council for Human Rights, has sent President Mohamed Morsy the council’s eighth annual report on the human rights situation in Egypt in 2011.

The introduction to the 106-page, said the revolution present the world with an inspiring model for determination to gain legitimate rights to liberty, democracy, dignity and justice. It has also mentioned the setbacks that took place in the transitional period, in which the revolution kept human rights as a top priority.
The report highlighted some significant gains during the transitional period, most importantly breaking the barrier of fear of the regime in the Egyptian street.
The first chapter reports constitutional and legislative developments, developments in electoral laws, and laws governing the right to form organizations, as well as fundamental rights and public freedoms.
The report reviewed a series of events that occurred in Tahrir Square and Port Said, which killed 74 of the Al-Ahly club fans, as well as clashes that it called sectarian, anti-police or aiming for certain labor demands.
Tweet
Pope Shenouda Article