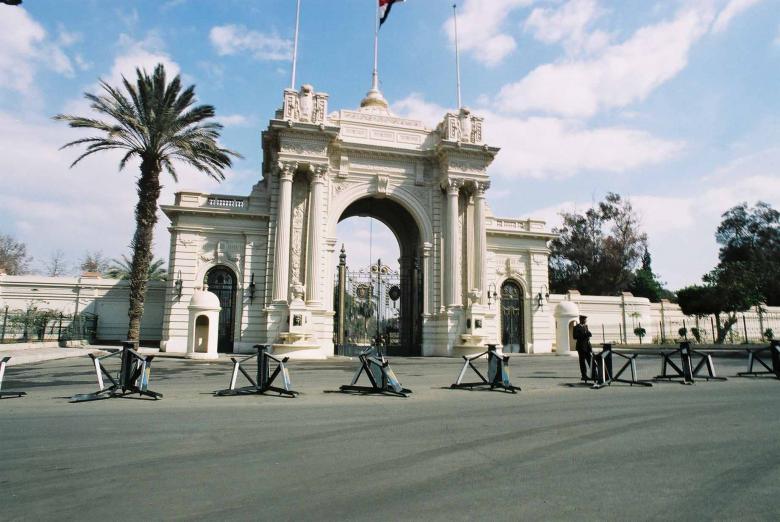 A march of hundreds of demonstrators has arrived to the presidential palace, demanding President Mohamed Morsy release detainees in military prisons.

The march included a number of political movements and activists, and the wife of Ahmed al-Gizawy, a lawyer detained in Saudi Arabia for several months.
“They moved him to death row,” she told Al-Masry Al-Youm. “He needs diplomatic pressure before they cut off his head.”
“No diplomat has visited him in months,” she added, calling for including his name in the Saudi amnesty list that takes place every Ramadan.
Security forces did not interfere with the demonstrators, even when one of them climbed the palace gate.
Tweet
Pope Shenouda Article