Cabinet to submit resignation on Monday 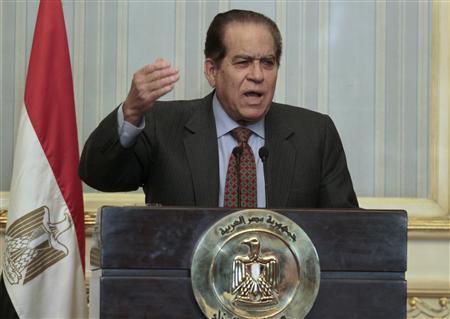 The cabinet of Prime Minister Kamal al-Ganzouri is meeting Monday to submit its resignation to President-elect Mohamed Morsy, who would in his turn request it to continue until a new government is formed.

According to the Constitutional Declaration, the president appoints and dismisses the ministers and their assistants.
Morsy will start consultations for the formation of his presidential guard and deputies, as well as the government, which he said would not be limited to the Freedom and Justice Party but would include the other political parties and forces.
Tweet
Pope Shenouda Article