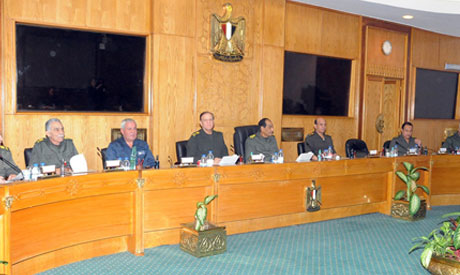 The three-month-long standoff between Egypt's ruling Supreme Council of the Armed Forces (SCAF) and the Muslim Brotherhood's Freedom and Justice Party (FJP) reached a crescendo on Tuesday. The SCAF threatened that, unless agreement could be reached among political forces – including the FJP – on the formation of a constituent assembly, tasked with drafting a new constitution, by 2pm Thursday, the SCAF would move to do it unilaterally.