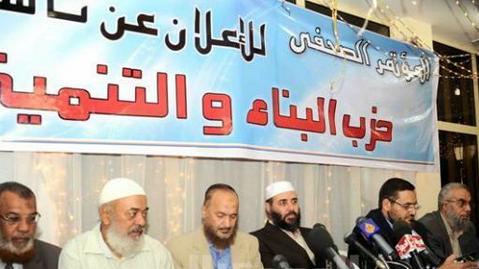 There will be no return to violence by Jama’a al-Islamiya even if presidential candidate Ahmed Shafiq is elected, said Tarek al-Zomor, Jama’a al-Islamiya’s Shura Council member and the official spokesperson of the Construction and Development Party. Zomor also denied rumors concerning Islamists’ intention to assassinate Shafiq if he wins.

"This is not true. Popular peaceful opposition has proven to be highly effective during the revolution and it has become the basis for all Islamist and non-Islamist groups,” Zomor said in an interview with the Deutsche Presse-Agentur, a German press agency.
He added, “Of course, this is a ridiculous attempt to launch rumors. The fact of the matter is that the Islamist movement has entered into the midst of political work and has transformed into civilian movements and parties, and it will in no way turn against this situation.”
"If Shafiq wins, we will oppose him in accordance with legal frameworks and by using peaceful means of opposition. There is no intention of an armed coup against him," said Zomor. "The former regime was corrupt and it spread rumors that Islamist groups seek to use violence at all times, while during the past year and a half in which the security apparatus as a whole was absent, we did not shoot one bullet as was claimed by the former regime.”
In response to a question concerning the intimidation of Copts in order to prevent them from voting for Shafiq, Zomor said, "Of course not. We consider their choice of Shafiq as a serious political error, but in the end it is their right to choose. If they like tyranny, let them enjoy tyranny.”
He went on to say that according to his sources of information, "80 percent of the Coptic votes went to Shafiq.” He added that “if they feared the idea of a religious state or restriction of freedoms if an Islamist candidate won, they would have chosen one of the candidates affiliated with the liberal movements."
Regarding Coptic concerns over their rights if the Freedom and Justice party’s presidential candidate Mohamed Morsy wins, Zomor said, "We must reassure the Copts and integrate them into political life. The Islamist movement is the largest movement and Muslims, as the majority of society, bear the responsibility of failing to reassure the Copts. Any political system in the future must make them feel that this is their country as much as it is the Muslims’.”
“We also blame the Muslims who voted for Shafiq. We consider him to be seeking to bring Egypt back to the era of tyranny,” said Zomor. “As for those who sold their votes to him, we tell them that the money they took is haram [religiously forbidden].”
Zomor was imprisoned in 1981, after he and his cousin Aboud were charged with being involved in the assassination of former President Anwar Sadat. He was released by the Supreme Council of the Armed Forces in March 2011 after spending over 29 years in prison.
Tweet
Pope Shenouda Article