El-Baradei: We do not want any trade on Islam 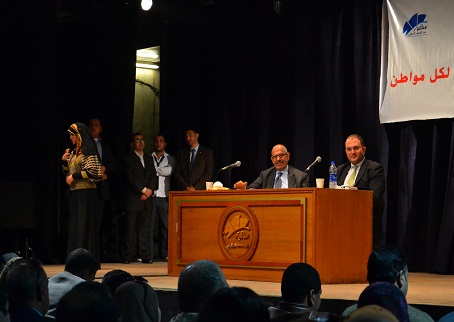 Dr. Mohamed el-Baradei said during the founding conference of the Constitution party yesterday, that the members have decided to come together and unite to form the Constitution party in order to save the revolution that lost its direction as well as to achieve the goals of it which are: Bread, freedom and social justice.

He added: "We have never imagined having: President with unknown competence, dependent judiciary system, Media that praises whoever has power”.
He pointed out that it’s the time for starting an organized political work in a party that combine all Egyptian people who was pushed aside as well as transferring the power to the younger generation who started the revolution.
Tweet
Pope Shenouda Article