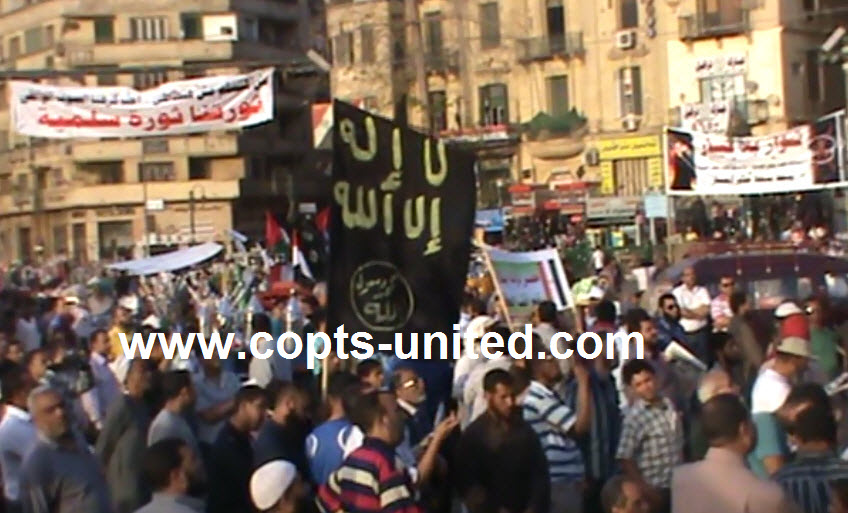 Supporters of Hazem Salah Abu Ismail, the excluded candidate of the presidential race because of the American nationality of his mother, have raised a black flag which was written on it “NO GOD BUT GOD” which belongs to al-Qaeda. This happened in their demonstrations in Tahrir square and before the ministry of defense building.

Salafis have raised the Saudi flag in a previous demonstration and received a lot of criticism for such aciton, and also did Muslim Brotherhood when they raised their green flag with two swords on it.
Tweet
Pope Shenouda Article