Short But Not Sweet

I love banana the fruit and many of you too; however here we are talking about Qatar the Banana kingdom.

While our Canadian government granted Qatar Airlines the landing rights to fly 3 direct flights to Montreal, and Canada officially opened a Canadian Embassy in Doha last March the question that I keep asking myself, what Qatar has to offer to the world, that no other country in the area can? We all know that Qatar is the closet ally to Israel in the Middle East and we all know that Qatar control the Muslims brotherhood and we know Qatar funded the Anti Libyan government rebels that ousted Kaddafi and killed him. We all also know that Qatar have orchestrated the ousting of Moubark and we all know that Qatar is orchestrating the ousting of Bashar Al Asaid in Syria. We also have to remember Qatar have made up the biggest Arabic News Media Aljazeera.
I honestly so impressed by this small but huge country that came from nowhere to become this big all of sudden.
The brain behind all of this is Al Shikha Mouza (Banana), what a woman …. She is the only one could solve this unsolvable equation   Arabs, Israeli and the Muslims brotherhood to work together and God knows what else.
Now I love banana more than ever specially the ones have such brain.
Tweet
Author 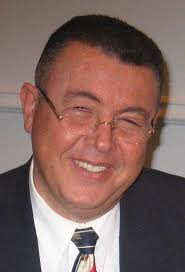