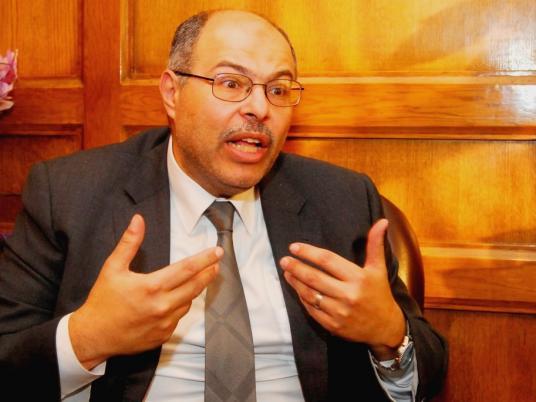 Abu Bakr al-Guindy, president of the Central Agency for Public Mobilization and Statistics, on Monday announced the completion of an electronic program that checks the signatures collected by presidential candidates to detect forging and duplication.

“The program has been prepared at the request of the Presidential Elections Commission,” he said at the agency’s 37th conference. “It also checks the ID numbers of the signatories.”
On fears regarding the Islamists assuming power, Guindy said the final outcome of the elections will reflect the desire of the people. “If people are not satisfied with the results of the parliamentary elections, they must carefully choose a presidential candidate who is able to meet their needs in the coming period,” he said.
State-run Al-Ahram newspaper had quoted Hatem Bagato, Presidential Elections Commission secretary general, as saying that some signatures submitted by candidates Amr Moussa and Abdel Moneim Abouel Fotouh were duplicated.
“This is a crime punishable by law,” Bagato said. “And we will reveal the names of those signatories at a later stage.”
Luxor’s public prosecutor is conducting an investigation into accusations that notary employees forged signatures for presidential hopeful Amr Moussa.
The Presidential Elections Law states that independent presidential candidates should get either 30,000 signatures from at least 15 governorates or the signatures of 30 Parliament members to be eligible to run.
Tweet
Pope Shenouda Article