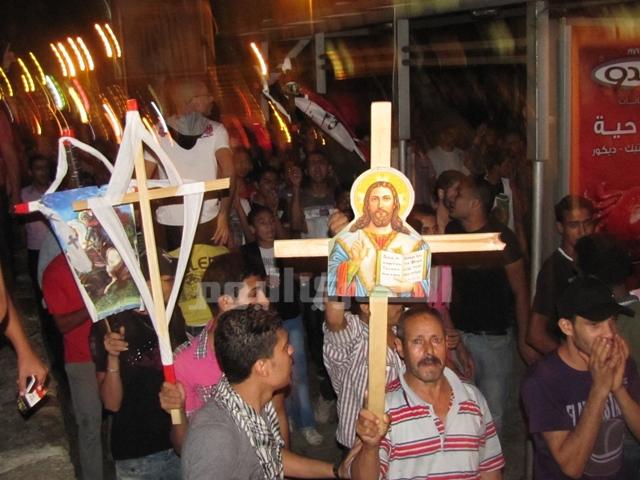 An advisory group to the US State Department called on Tuesday for Egypt to be put on a blacklist over religious freedom, saying that the country has failed to guarantee such freedoms and has imposed major restrictions on religious minorities.

The US Commission on International Religious Freedom (USCIRF) in its annual report asked the State Department to add Egypt to the list of “countries of particular concern," which may be subject to sanctions if they do not work to improve religious freedom.
The State Department already lists eight countries — China, Eritrea, Iran, Myanmar, North Korea, Saudi Arabia, Sudan and Uzbekistan — as countries of particular concern (CPC). However, the commission has repeatedly called for Egypt, Iraq, Nigeria, Pakistan, Tajikistan, Turkmenistan, Turkey, and Vietnam to be added to the list.
“It’s no coincidence that many of the nations we recommend to be designated as CPCs are among the most dangerous and destabilizing places on Earth,” USCIRF Chairman Leonard Leo said in a statement.
He said these countries “trample upon basic rights, including freedom of religion, provide fertile ground for poverty and insecurity, war and terror, and violent, radical movements and activities.”
The 1998 International Religious Freedom Act requires that the United States annually review and designate countries whose governments have engaged in or tolerated systematic and egregious violations of the universal right to freedom of religion or belief.
The law also requires the watchdog group to suggest ways the US government can constructively improve the situation in these countries.
“Over the past year, while economic woes captured world headlines, an ongoing crisis of equal breadth and scope frequently went unnoticed,” the report said.
Egypt’s transitional government has failed to protect religious minorities, especially Coptic Christians, from violent attacks at a time when minority communities have been increasingly vulnerable, according to the report.
It said that hope in Egypt, which was the center of the Arab spring, turned into panic after human rights deteriorated under military rule. The advisory group called President Barack Obama's administration not to ratify military aid to Egypt unless it has ascertained that the government uses the funds in enforcing policies to protect freedom of religion and human rights in general.
“Over the past year, the Egyptian transitional government continued to engage in and tolerate systematic, ongoing, and egregious violations of freedom of thought, conscience and religion or belief. Serious problems of discrimination, intolerance and other human rights violations against members of religious minorities, as well as disfavored Muslims, remain widespread in Egypt," argued the report.
The commission identifies the major forms of religious discrimination in the country.
“Military and security forces used excessive force and live ammunition targeting Coptic Christian demonstrators and places of worship resulting in dozens of deaths and hundreds of injuries. The government also continued to prosecute, convict and impose prison terms on Egyptian citizens charged with blasphemy,” said the report.
The report emphasized that the US Commission on Religious Freedom works closely with Congress in order to link military aid to religious freedom, urging Egyptian security services to protect places of worship of different religions.
The report pointed to increasing acts of violence against the Orthodox Copts from 1 April 2011 until 29 February 2012, and criticized the government for not punishing the perpetrators of sectarian strife, thereby promoting the belief that there will not be consequences for such crimes.
Tweet
Pope Shenouda Article