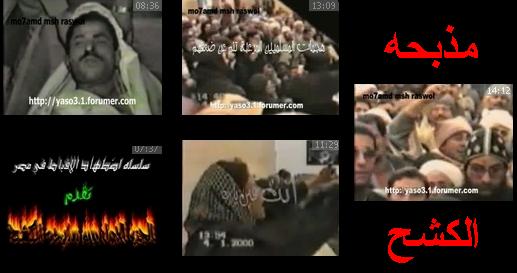 Upper Egypt (AINA) -- On Monday November 23, 2009 Muslim rioters looted and burned Coptic Christian businesses in the village of Abou Shousha, which lies 25 KM from Farshoot. The terrorized Coptic inhabitants of Abou Shusha have stayed indoors, their shops are closed and their children are being kept away from school. They fear a repeat in their village of the Muslim violence which engulfed the town of Farshoot less than 36 hours earlier (AINA 11-22-2009).

The Middle East Christian Association (MECA) reported that at least three large Coptic stores and a pharmacy were looted and burnt in Abou Shusha and that the fire brigade arrived one hour late, although their headquarters is only 8 KM away from the village. "They gave the pretext of being busy in Farshoot, which is untrue, as Farshoot had a quiet night," said Wagih Yacoub of MECA. "Coptic and Muslim neighbors tried to put the fire out." A video posted by Free Copts shows the Abou Shusha fires.

Bishop Kirrillos of Nag Hamady Diocese said that a mob from the neighboring village of Abu Tesht torched the businesses in Abou Shusha. MECA reported that three girls were assaulted in the street by having bricks hurled at them. No serious injuries were reported.

On November 22, in a joint communiqué from fourteen Egyptian human rights organizations and lawyers called on President Mubarak to immediately intervene to save the Copts from the wrath of the mob and the subversive leaders behind them, who are seeking to sow discord and divisions among the Egyptians in the name of religion and "to hold accountable all involved in the incitement or attacks on the peaceful Copts in Farshoot."

The signatories to the statement asked President Mubarak to take the necessary measures to hold accountable the security force officials, who played the "role of spectator in the looting, arson and attacks on Coptic property in Farshoot."

The communiqué strongly condemned the deportation and evacuation of the Copts in Farshoot from their homes and villages by the security forces, in violation of the provisions of the Egyptian Constitution which stipulates in Article 50 and 51 of the Code "No citizen may be prohibited from residing or be forced to reside in a specific area except in the circumstances set out in the law.

The NGOs' statement stressed the right of the Coptic victims for compensation for the material losses and psychological damage, and strongly condemned the burning and insulting of the symbols of Christianity by the Muslims fanatics, and demanded everyone involved to be charged with the crime of "contempt of a heavenly religion."

It is estimated that over 80% of Coptic businesses have been destroyed in the 48 hours of violence in Farshoot. A video prepared by Free Copts advocacy shows Muslim mobs chanting Allah Akbar (God is Great) while looting and burning Coptic businesses and shops

The Egyptian Union for Human Rights (EUHRO) advised that it is preparing a file with all the financial losses and damages to Coptic-owned businesses and property in Farshoot in preparation for filing a civil and a criminal case against the Egyptian Prime Minister, the Governor of Qena and the perpetrators.

"They want the Copts to be poor and are therefore destroying the Coptic economy in these areas," explains Wagih Yacoub.

Bishop Kirollos again condemned the grave violations against Christians and their property, affirming his belief that the attacks were preplanned. "Students of Al-Azhar Institute in Farshoot, were incited by their Dean who sent them out on a rampage against the Copts. They were joined by a great number of locals," he said.