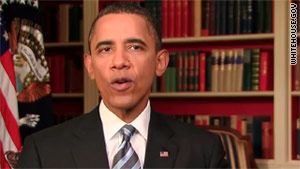 (CNN) -- Evoking compromises of the past, President Barack Obama said Saturday that a commitment to shared sacrifice can break the current impasse on the debt ceiling.