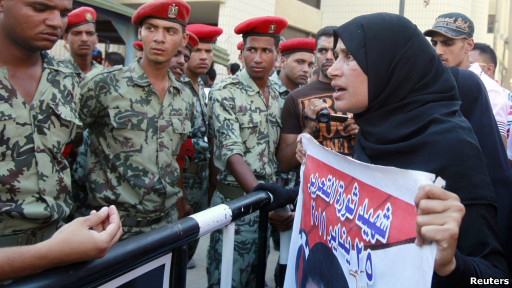 Nearly 6000 protesters gathered in Arbaeen Square in Suez to protest the release on bail of officers accused of killing protesters during the 25 January revolution and the postponement of their trial to September. The protesters, who included relatives of those who were killed, announced they would hold an open sit-in until "their rights are obtained and their demands are met." The protesters criticized the ruling military council, the government and the Interior Ministry.