An Important Announcement
In view of repeated organized crimes against minorities in the Islamic countries, these crimes were not only meditated but it was too awful to describe sometimes. The minorities in Islamic states share one trait: they are all persecuted like The Coptic minority in Egypt, and Christians in southern Sudan, Iraq, Pakistan, Afghanistan, Iran and the Bahaiis and Kurds and Maronites in Lebanon. Christians became the target Muslims feel they must destroy in the Islamic States. Since these peaceful and unarmed minorities are slammed daily and regularly without the intervention of their own government to protect them, then the World minorities association suggests the following: 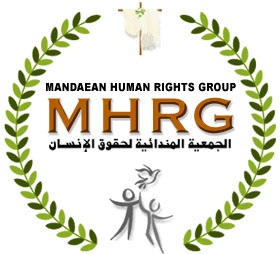 1- The adoption of an international campaign for peace to those minorities.
2- Requiring the international community to protect minorities and prevent its officials extinction if the international community cares about animals then they should also care for humans.
3- There must be a representation of minorities within the United Nations through their organizations, and not by governments.
4- There must be a strong correlation between any aids given to the States oppressing Minorities and whether or not they are protected by the government.
5- On the international community to resolve the problem of the Palestinian minorities by solving the problems of all the minorities in the other Muslim countries: it isn’t fair to care about one minority and ignore the others.
6-  Since the minorities are unjustly targeted in their own countries, they should not stop seeking peaceful solutions to end their persecution.
7-  All the Coptic organizations wishing to announce their support for the persecuted minorities should take a stand and defend those who cannot speak for themselves.


Our hope is to see the minorities enjoy the peace that God gave for everyone.
By: Nabil Asaad Mikhail
President of World Minorities United for Peace