Dear Mr. President,
Based on the principle of freedom which is a new principle to me, coming originally from a Middle Eastern country, I would like to discus some issues with you.
During your campaign you promised to bring hope and change to the white house and as an American Citizen I was hopeful that "the change and hope" is better for everyone and for the country.
But hiring Dalia Megahed as an advisor to explain how the Muslim world thinks. I believe reading a book or listening to the freedom house committee in the white house could have served that purpose. How could Dalia Megahed report the atrocities committed by Muslim brotherhood  against minorities from the Christians, Shiites, and Baha’i. Would Dalia Megahed report to you Sir that Christians in Egypt need a special permit from the Egyptian president to fix a leaky faucet in the church's bathroom? Would she report about the kidnapping and the raping of under aged Christian girls in Egypt by Muslim people on a daily basis? Would she report the attacks against Christian business men and the destruction of their businesses by the police force for no reason other than being Christians? Would she report the attacks on the non-armed monks and monasteries in Egypt? 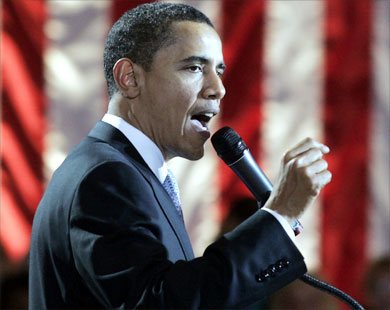 Mr. President, after God, you are the only hope for the persecuted and the weak in the Islamic countries. The Christians in Morocco, in Saudi Arabia, in Iraq, in Afghanistan, In Iran, in Pakistan, in Sudan(Darfur), and almost in every Muslim country the minorities and the Christians have no hope other than God and the support of a strong leader like you.
If the Islamic world is persecuting Israel which is a minority in the middle of the Islamic middle east, so what do you think the status of the helpless minorities living inside these countries?
Mr. President I hope that you would also appoint advisors from the minorities in the middle east. I believe that the minorities would give the missing part of the picture that might not be reported by Dalia Megahed who represents the Muslim Majority in Egypt.
Mr. President I hope you will be able to solve the problem of the persecution of minorities in the Middle East as well as the Israeli issue.
May God bless you and guide you always.

Nabil Asaad.
Member of Copts-united for human rights
And hoping for peace in the Middle East.