Towards a civil State 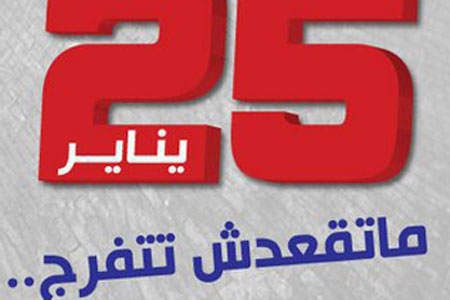 Egypt’s youth—and behind them the Egyptian people—have achieved their dream of overthrowing the regime. The revolution which erupted on 25 January 2011 marked a brilliant turning point in Egypt’s modern history, perhaps even more so than the 23 July 1952 Revolution. The fact that the young people in Tahrir Square persisted in maintaining their demonstration peaceful, even though several of them lost their lives and many were injured in bloody encounters with outsiders, was a source of pride for all of us. Not only us, but the whole world stood watching in admiration and appreciation as the Egyptians succeeded in changing a reality they thought worthy of change.

Today Egypt embarks on a new phase which will be definitive for her future. The Egyptian Constitution and legislative institutions ought to be reshaped and reformulated so as to enable the achievement of the people’s ambitions for a modern civil State, to catch up with the enlightenment, growth, and progress they missed out on the last half- century. I hope everyone realises the seriousness of the situation; the jubilation which swept Egyptians off their feet at the success of the revolution and the departure of President Hosni Mubarak should mark not the end of the road but the beginning of a new one. The arduous journey we should be taking should lead to reform, to a new Egyptian State and a new Egyptian individual, both of which have been severely disfigured throughout decades of oppression and corruption.
We stand at a critical crossroads that carries huge challenges for the future. A close observer of the recent events will not fail to pose a critical question. Was Egypt better off on Friday 11 February when Mubarak left and relinquished his authority to the Supreme Council of the Armed Forces than on Thursday 10 February when he relegated his authority to his vice president and announced the first package of constitutional reforms? Today the army should shoulder the responsibility of running the country and taking the necessary steps to instate the constitutional, legislative, and executive legitimacy that would set the stage for the first presidential elections since 1952 through which Egyptians would select a civilian president from outside the military. This would establish the basis for a civic State, the foremost demand of the 25 January revolution.
Some—including myself—have uneasy recollections about the military takeover of power in 1952. Today, however, there are indicators that history is not necessarily repeating itself. The Armed Forces today have not thrown legitimacy to the wind and taken it into their hands to change the political scene as the 1952 regime did.  Rather, they have been temporarily charged with running the country and overseeing the peaceful handover of power to a civil authority once the required legislative and constitutional changes have been achieved.
It must be admitted that, throughout the days following 25 January, the army carried itself with dignity and reliability, ensuring that the crowds were able to express themselves freely as long as they refrained from violence. This attitude endeared the army to the people, and was in all probability pivotal in the decision of the young people to favour the Armed Forces over the concrete roadmap for constitutional and political reform proposed by Mubarak on Thursday 10 February.
The subsequent communiqués issued by the Armed Forces allayed the fears of those who were wary about the seriousness of the army in moving towards a civil State. They explicitly announced the Armed Forces were committed to implementing all the measures necessary for the transfer of power to a civil State. They announced their commitment to putting an end to the state of emergency once the security situation in the country was stable and life was back to normal. They guaranteed that the legislative changes necessary for the political reform Egyptians aspire to would be undertaken; that power would be transferred peacefully; and free and fair presidential elections would be held.
Two clauses in the Armed Forces communiqués were especially reassuring. First was the pledge to honour and respect all regional and international treaties Egypt had signed. Second was the explicit appreciation of Mubarak’s contribution to the nation throughout 62 years during which he diligently served in the Air Force and as a politician and statesman. In this respect I own that Mubarak has to his name a credit which strongly qualifies him to spend the rest of his life honoured in his homeland. This would be more honourable for Egypt and the Egyptians, and more in line with Egyptian civilisation, values, and patriotism. Other countries boast of forcing their previous rulers to live elsewhere. In all cases, this goes against the grain in Egypt.
Tweet
Pope Shenouda Article

Characters of the Holy Bible

Nehemiah built the walls of Jerusalem so that the people might no longer be a reproach. In his determination that knows no despair, he could turn darkness into light and grief into joy. Yet this was not all. There were souls like Jerusalem, with walls broken down and gates burned with fire, souls trodden by enemies, and lost dignity. Having completed restoration of the city, Nehemiah then began restoration of tho