Freedom in decline worldwide: US report 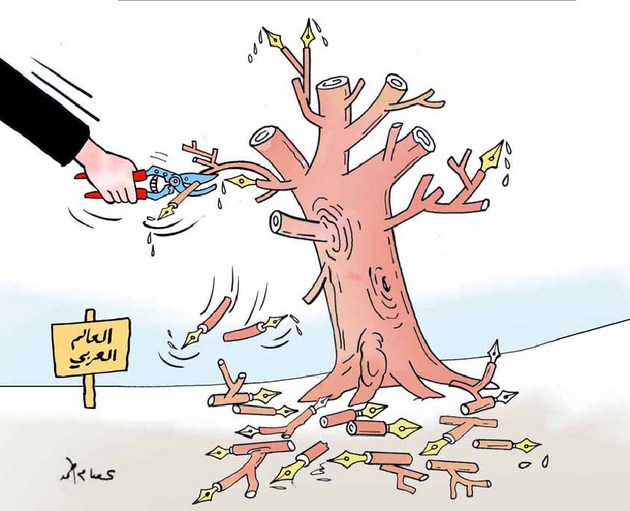 WASHINGTON: Global freedom declined for a fifth straight year in 2010 as authoritarian regimes dug in worldwide and crime and unrest plagued democracies like Mexico, a US watchdog said Thursday.

In "Freedom in the World 2011" the Washington-based Freedom House said it had documented the longest continuous period of decline since it began compiling the annual index nearly 40 years ago.
"A total of 25 countries showed significant declines in 2010, more than double the 11 countries exhibiting noteworthy gains," the group said.
"Authoritarian regimes like those in China, Egypt, Iran, Russia, and Venezuela continued to step up repressive measures with little significant resistance from the democratic world," it said.
The recent decline "threatens gains dating to the post-Cold War era in Africa, Latin America, Asia and the former Soviet bloc."
The report classifies countries as free, partly free or not free based on individuals' ability to exercise political and civil rights, taking into account political systems and other factors like war and crime.
Mexico, which along with Ukraine, Djibouti and Ethiopia saw its status decline, moved from free to partly free "as a result of the government's inability to stem the tide of violence by drug-trafficking groups," it said.
More than 30,000 people have been killed in drug-related violence in Mexico since 2006, when the newly-elected President Felipe Calderon launched a massive crackdown on cartels.
Ukraine's demotion, also from free to partly free, owed to "deteriorating levels of press freedom, instances of election fraud and growing politicization of the judiciary," the Freedom House report said.
The Middle East and North Africa continued to lead the world in lack of freedom following a "multi-year decline from an already-low democratic baseline," the group said.
"This should be a wake-up call for all of the world's democracies," said Freedom House director David Kramer, who served as assistant secretary of state for democracy and human rights under former president George W. Bush.
"Our adversaries are not just engaging in widespread repression, they are doing so with unprecedented aggressiveness and self-confidence, and the democratic community is not rising to the challenge."
Elliot Abrams, who served as the point man for Bush's high-profile efforts to promote democracy beginning in 2005, faulted the current administration for not linking human rights to bilateral relations.
"What penalty is imposed on the dictator when he closes newspapers or arrests opposition leaders? That's really the question. Otherwise it's just speeches and they will ultimately be ignored," he said at a public event for the release of the report.
But Michael Posner, the current assistant secretary of state for democracy, human rights and labor, said such issues were a central part of the administration's foreign policy, though not always in a public way.
"We are very much engaged in a very serious set of discussions" with several major countries criticized in the report, he said at the same event.
"Human rights issues are very much part of that agenda. We are making it explicitly clear."
Posner admitted, however, that there were limits to what the United States could do in the way of pressuring even friendly governments like Egypt, saying: "It is very difficult to force change from outside."
The US ally was listed as not free following 2010 legislative elections that Freedom House said were marred by "credible allegations of fraud, widespread repression and severe restrictions on opposition candidates."
The number of countries designated as free in 2010 stands at 87, two fewer than the previous year, and represents 45 percent of the world’s 194 countries and 43 percent of its population, according to the index.
Tweet
Pope Shenouda Article