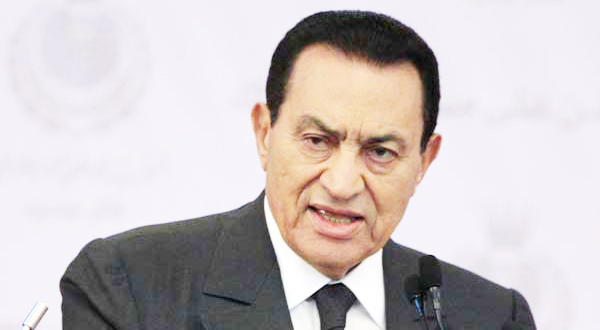 CAIRO: For political forecasters, the Egyptian political scene in 2011 is not expected to change, with the new parliament set to tighten the government’s grip. Many predict that the rule of only one party will unlikely lead to peaceful change but will rather prompt violence and sectarian strife.

“The absence of a real parliament will lead to more dubious connections between money and politics and lack of social justice and responsibility,” said Mohamed Khalil Kwaitah, former NDP MP.
The recently elected parliament is set to discuss controversial laws like the anti-terrorism law, the medical insurance law, and the decentralization law among others.
“Many of the suggested legislations are in line with the government’s policies and interests which don’t enjoy public support,” Hamdy Hassan, head of the MB parliamentary bloc in the previous parliament, said.
“Forty-nine members of the current parliament come from security organizations whether police or military, as well as nine ministers and 64 female MPs from the women’s quota, almost all affiliated with the NDP,” Amr Hashem Rabei, political analyst at Al-Ahram Center for Political and Strategic Studies, said.
This, Rabei argued, will facilitate the issuance of these laws, because “it’s mainly the government speaking to the government.”
“With the opposition outside parliament, it will be extremely difficult to have access to documents that assist the opposition in its role in monitoring the government,” Kwaitah said.
According to analysts, the absence of an opposition putting pressure on the government will have repercussions outside parliament.
“This would create political tension and a more radical opposition that would move its activities to the streets and would exploit the silenced anger of the people,” Hassan Nafa’a, professor of political science at the faculty of economics and political science at Cairo University, said.
“The electoral slaughter of the opposition in such a scandalous manner will most certainly serve to revive radical political trends and violent tendencies, both in and out of the official parties and political groups, and especially among Islamists,” wrote Bahey El-Din Hassan, the director of Cairo Institute for Human Rights Studies in a commentary to a local newspaper.
Tweet
Pope Shenouda Article