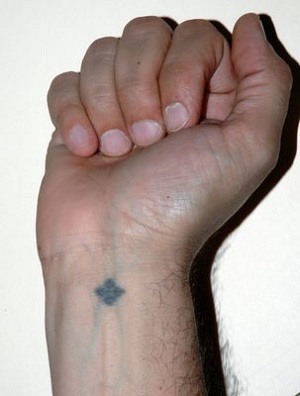 (AINA) -- Six Copts were shot by an off-duty policeman on a train between Assiut and Cairo on Tuesday. One Copt was killed and five remain in critical condition. The gunman, identified as Amer Ashour Abdel-Zaher, was on his way to work in Beni Mazar police station when he boarded the train at approximately 17.00 hours in the town of Samalout in Egypt's Minya province, roughly 260 km south of Cairo. He shot the six Copts after chanting "Allahu Akbar" (Allah is Great) then attempted to flee but was apprehetnded by passengers.

Fathy Ghattas, a 71-year-old Coptic Christian, died immediately. His wife Emily Hanna underwent an operation to remove her left kidney and spleen. She is in intensive care. Another Coptic woman, Sabah Saniod, 54, underwent an operation on her liver. Three of the injured Copts, Marianne, Maggie and Ashraf, were flown by helicopter to Kasr-el-Aina teaching hospital in Cairo for further treatment.
The communique issued by the Egyptian interior Mministry said the gunman shot randomly at the train passengers, while according to the Egyptian newspaper al-Masry al-Youm the assailant had checked passengers for the green cross traditionally tattooed on the wrists of Coptic Christians in Egypt. After identifying several Copts, the gunman shot at them.
The Ministry of Interior later said that the assailant was "mentally unstable" and had been undergoing medical treatment for some time. The Governor of Minya denied any sectarian motives behind the incident and said that the assailant is unstable and shot indiscriminately at passengers.
The Coptic Diocese of Minya said that the perpetrator went up and down the train compartment before shooting at the Copts while chanting Islamic chants.
Dr.Naguib Ghabrial, head of the Egyptian Union of Human Rights Organizations, described the incident as a premeditated "sectarian" attack, aimed at the Copts, since they sat together and sang Christian hymns, and the assailant shouted Allahu Akbar three times before shooting.
Ghabrial criticized the Interior Ministry for downplaying the shooting as usual. "The gunman did not shoot at random, otherwise Muslims would have been wounded as well," Ghabrial told BBC Arabic TV. "This is one in the series of attacks aimed at Copts, before this there was the Alexandria Massacre."
"I am sorry that the Ministry hastily issued a statement that the assailant was mentally unstable." Said Ghabrial. " Would someone who is mentally unstable be issued with a weapon and ammunition, would he be able to differentiate between Copts and Muslims?" he said. "I am telling the Interior Minister do not under-estimate Coptic intelligence and do not undervalue Coptic blood, for Coptic blood is not cheap." He called once again for the minister to resign after all these Coptic Massacres.
Coptic activist Mariam Ragy reported that a clash took place between Muslim youth and more than 200 angry Coptic protesters who converged outside the Good Shepherd Hospital, which belongs to the Coptic Diocese of Samalout, where the wounded were brought. The police tried to disperse the Copts with tear gas, rubber bullets and stones. Several Copts were injured. (video showing security hurling stones and firing tear gas at Copts in front of hospital.. http://www.youtube.com/watch?v=8JXzpa0-Y7I&feature=player_embedded
Father Estephanos Shehata from Samalout Diocese said in an interview on Coptic channel Hope-Sat that witnesses told him the policeman called out Allahu Akbar and shot the Copts who were in the cabin. He confirmed the clashes between Copts and security forces outside the hospital. "Security fired tear gas and rubber bullets at the crowd. Live ammunition was also fired but not by security, we do not know who fired them," he said.
On January 11, Egypt recalled its ambassador to the Vatican for consultation over comments made by Pope Benedict XVI following the bombing of the Christian Coptic church in Alexandria on New Year's Eve which killed 23 and injured more than 100. The Pope commented that the mass attack "offends God and all of humanity." He called on world leaders to protect Egypt's Copts.
Egyptian foreign ministry issued a statement saying "Egypt will not allow any non-Egyptian faction to interfere in its internal affairs under any pretext. The Coptic question is specifically an internal Egyptian affair."
Commenting on tonight's train shooting incident, Coptic activist Mark Ebeid said "What will the government now have to say to the international community? Will they still argue that the Coptic question is specifically an internal Egyptian affair when nearly every 10 days they are massacred?"
Tweet
Author

On the occasion of the Lord's Nativity 2011

In the beginning of the New Year people usually make wishes for the world, for their country or community, or for the church. It is a good thing and a duty, but what about your private and spiritual life in particular: what are your wishes in the New Year? Actually if the individuals are good, the whole society,the church and the country will be good.I would like to remind you of the Lord's promises in the Book of