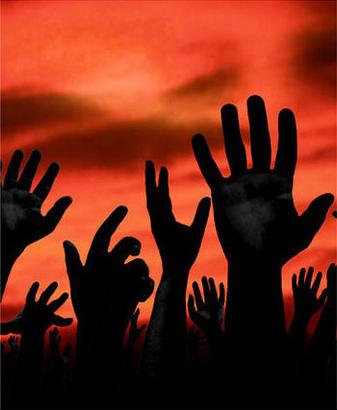 The Egyptian Initiative for Personal Rights’ recently-issued study on “Sectarian violence throughout two years” has been the subject of a thorough review which I presented to Watani readers in the last two editorials. I reviewed the various patterns of sectarian violence cited in the study, as well as the typical official reaction to such events. The study reveals beyond doubt that Copts are abused on both counts; they are tyrannised by predominant extremist practices, and then again victimised by the authorities when they are placed on the same footing as their attackers. Coptic victims are either denied justice outright, or pressured into ‘reconciling’ with their attackers, thereby relinquishing all their rights.  Today I review the final part of the study, which focuses on the role of the law, justice, and the judicial authority where violence against Copts is concerned, before offering a prospective plan on how to confront that violence if it is to be eradicated.The EIPR review confirms the by-now familiar fact that the courts are regularly kept out of cases of sectarian violence. In the more minor incidents, the security authorities attempt to evade prosecuting the culprits by negotiating or pressing for an out-of-court settlement between victims and attackers while yet in the police station. In major incidents which cannot escape prosecution, the security authorities apply pressure on the victims to settle out of court even while the case is being investigated by the prosecution. In this context, the EIPR report stresses that the law does not allow out-of-court settlement in crimes of setting homes or buildings on fire, or attacking places of worship. The victims are not to settle, since the right of the community to penalise the attacker is not to be relinquished. Another fact confirmed by the EIPR review is that, more often than not, the prosecution investigators fail to discover the culprits in sectarian incidents. This, according to the review, is attributed to ineffectual investigations since, as revealed by the very few cases which saw their way to court, investigators do not exert the effort required to reach the real culprits, nor do they garner the necessary evidence to incriminate them. It comes as no surprise then that the court cannot indict the criminals. <BR>Such a wretched situation can only lead to a more wretched outcome: crimes go unpunished and culprits run free. The attackers triumph twice: when they successfully attack the peaceful, unarmed victims, and when the State justifies their deeds by shielding them from penalty. On the other hand, the victims are tyrannised twice: when they are attacked, terrorised, and their lives and property threatened and ruined for no reason other than their being Christian; and again when the State lets them down by failing to offer them protection, and taking sides with their attackers by shielding them from penalty. The EIPR review concludes with attempting to find a way out of the sectarian quagmire. Its resolutions are addressed to the Egyptian government, while calling upon civil society institutions, the media, and religious leaderships to rise up to their role of dissipating the prevalent sectarian inflammation. The threat lies in the fact that Muslim youth form the executive arm of all the attacks against Copts, while Coptic youth prefer to remain isolated, and refrain from participating in civil activities in schools, universities, clubs, and suchlike. Such practice can only lead to a wider societal gap between Muslims and Copts.The EIPR resolutions stress the need for immediate action in incidents of sectarian violence, taking the culprits to task and compensating the victims. The State should live up to its constitutional responsibility of implementing citizenship rights and indiscriminate equality among Egyptians. An end should be put to the security authorities’ infringement against the Constitution and the law, and the impartiality of these authorities ought to be secured. Members of the prosecution should be trained to conduct professional investigations in cases of sectarian violence, the culprits should be caught and brought to justice, and no out-of-court settlement allowed where the law bans it.The resolutions further call for an end to the undeclared discrimination against Copts in appointments to public office which, according to the National Council for Human Rights, ought to be filled only by the most competent, regardless of religion. A strategy for reforming the public education system should be implemented, stressing religious tolerance, co-existence, and the common homeland. This should involve teacher training as well as curriculum reform; so that mono-dimensional thought is purged, no religion is depicted as superior, nor an Egyptian more honourable than another. The education and media address should focus on spreading a culture respectful of human rights and religious difference, and special programmes should be implemented to spread such thought among members of the security authority, the prosecution, and the judiciary. Civil society ought to be empowered to play its role of reintegrating Muslim and Christian youth in cultural, social, and political institutions, to bridge the gap between them. The EIPR review thus comes to a close. I hope this serious, thoroughly realistic study finds its way to all levels of legislative and executive authorities in Egypt, to the decision makers. A postscript, however, is due. It is conspicuous that the resolutions failed to mention the need for a unified law for building places of worship. This in itself may give it a better opportunity with the authorities, who have consistently, following the Nag Hammadi crime against the Copts last Christmas Eve, claimed the ineffectuality of passing such a law