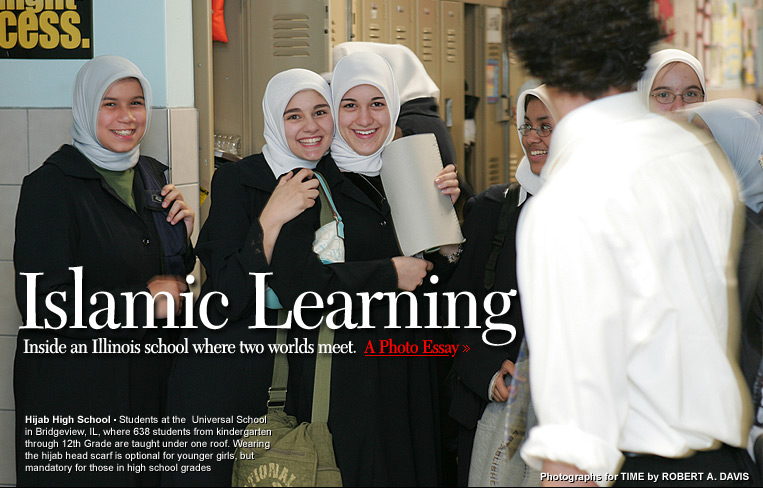 Turkish Muslims, under the leadership of Fethullah Gulen, have established over 85 madrassahs (Islamic schools) throughout the United States to further the cause of radical Islam. The madrassahs, set up as “charter schools,” receive millions from U.S. taxpayers and serve to promote “education jihad” by radicalizing students to promote a universal caliphate.

How dangerous are the Gulen schools?
Consider Tarek ibn Ziyad (TIZA) Academy in Inner Grove Heights, Minnesota – a charter school with 300 students – almost all Muslims. TIZA was established in 2003, and received $4.7 million from Minnesota taxpayers in 2008 – 2009. It is named after Tarek ibn Ziyas, the Muslim warlord who conquered Spain.
Students at TIZA pray Islamic prayers; the cafeteria serves halal food; and Islamic studies are held within the building every day. The
entranceway is inscribed with passages from the Koran and the Hadith. Recently, a TIZA teacher testified that one of her duties was taking the female students to the restroom in order to supervise their ritual washing before the Friday prayer service.
TIZA is so radically Islamic and subversive in nature that the American Civil Liberties Union (ACLU) has initiated a lawsuit to shut it down. In the suit, the ACLU maintains that the school requires female teachers to be covered “from neck to wrist and ankle,” and female students to wear full-length dresses (jihaabs). Yet the Minnesota Department of Education ruled that TIZA is neither an Islamic nor a religious school.
The decision remains quizzical in light of the fact that TIZA is closely linked to the Muslim American Society (MAS) of Minnesota, which occupies space within the school building. MAS has been called “the Muslim equivalent of the Neo-Nazi party.”
"It is the de facto arm of the Muslim Brotherhood in the U.S.," said Steven Emerson, director of the Investigative Project on Terrorism. "The agenda of the MAS is to ... impose Islamic law in the U.S., to undermine U.S. counterterrorism policy."
MAS was founded by members of the Muslim Brotherhood, an international Islamist movement created in Egypt in 1928. Radical members of the Brotherhood founded the terror group Hamas and were among the first members of Al Qaeda. The Muslim American Society's former secretary general has acknowledged that the group was founded by the Brotherhood, and in 2004 he estimated that about half of MAS members were in the Muslim Brotherhood. "Ikhwan [Brotherhood] members founded MAS, but MAS went way beyond that point of conception," Shaker Elsayed told the Chicago Tribune, explaining that the group had expanded to include a wider viewpoint.
The Department of Justice has never taken action against MAS and declined to comment on whether it was investigating the group's ties.
Charles Samuelson, Minnesota’s Executive Director of the ACLU, says that the Gulen charter school funnels money – derived from US taxpayers – to MAS without a word of censure from the Minnesota Department of Education or the Internal Revenue officials who supervise the activities of non-profit schools and organizations. The Minnesota chapter of MAS featured writings on its website from Islamic clerics praising Hamas and urging Muslims to "wage Jihad until death."
Last December, the Minnseota chapter funded Rep. Keith Ellison’s trip to Mecca. Ellison, a Democrat, became the first U.S. congressman to make a hajj.
"Their founding ideologues are all members of the Muslim Brotherhood," Emerson said. "I don't think you can get more radical in the United States without crossing the line to incitement."
TIZA is not unique. Other Gulen schools within the U.S., including the Beehive Academy in Salt Lake City, the Chesapeake Science Point School in Washington D.C., and the Sonoran Academy in Tucson have been charged with indoctrinating students in the tenets of radical Islam so they may be of service in the restoration of the Ottoman Empire and the creation of an Islamic world order.
Most of these schools are staffed by Turkish teachers – primarily male – who reportedly are bound by tuzuk – an obligatory pay back of 40 percent of their wages to the Gulen movement.
Tweet
Pope Shenouda Article