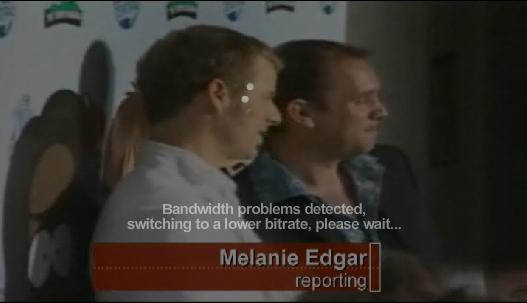 In the 200th episode of South Park, which was broadcast last week, a proposal to bring the Prophet Mohamed to town is met with short shrift at a community meeting. "Are you nuts?" one character says. "If Mohamed appears in South Park we get bombed!" "We don't know that," another replies. "Maybe enough time has passed that now it's OK to show Mohamed."

As it turned out, that hope was a forlorn one. The American broadcaster Comedy Central this week censored the programme after the episode's depiction of the Prophet Mohamed dressed as a giant teddy bear drew a warning on an Islamist website that the show's creators, Matt Stone and Trey Parker, would be murdered.
The warning was posted on the New York-based website Revolution Muslim. In an article that suggested that Parker and Stone would "probably wind up like Theo Van Gogh for airing this show", a writer calling himself Abu Talhah al-Amrikee listed the addresses of Comedy Central's New York office as well as Stone and Parker's production office. He also posted a link to a piece giving details of the house that the two rent.
To watch the video click here
Tweet
Pope Shenouda Article