Israeli arrested for crossing into Sinai 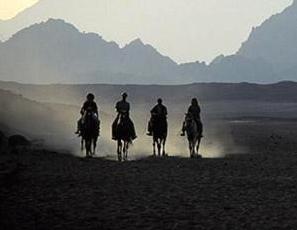 Egyptian police Saturday said that they have arrested an Israeli who illegally crossed into the Sinai peninsula on a motorbike.
The police officers say the 46-year-old Israeli set off a police chase when he rode into the Sinai Saturday. Police are questioning him, but say he might have strayed into Egypt accidentally.
The police officers said they could not be identified by name because of security regulations.