The Muslim Brotherhood and the Egyptian Regime: The Test of Parliamentary Elections as a Condition for Political Transition 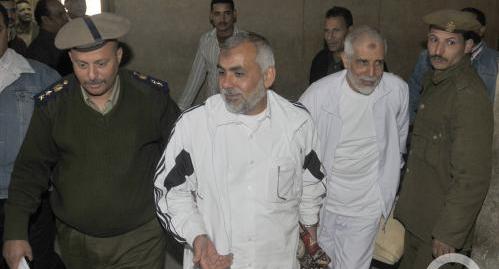 The parliamentary elections due to take place this year represent a crucial juncture in the future of political life in Egypt. The previous round of elections (2005) confirmed the division of the political landscape between the ruling party and the delegitimized opposition movement, the Muslim Brotherhood, at the expense of the remaining political parties. However, the next round of elections brings the possibility of new, radical change as the regime moves to oust the Brotherhood from the political scene in order to ensure its own domination in the presidential elections (2011), which will be decisive for the future course of the Egyptian state. And this move may be concealed by the return of “formalism” to party political life.

The blow that the regime recently dealt to the Brotherhood, shortly after the elections to the Shura Council, can only be interpreted as an attempt to strip the organisation of the de facto legitimacy it has acquired over the past decades. It thereby seeks to transfer the Brotherhood from the category of delegitimized organisations to that of organisations that are outside the law. In such a case, the Brotherhood’s determination to run in the upcoming elections will be a test of the stability of the changes that have occurred within the movement over the past three years, in the face of its decades-long legacy in the field of public work.

Those having nobody to remember them In the Midnight Absolution Prayer the father priests pray a very deep and impressive prayer which says, 'Remember, O Lord, the weak and those who have nobody to care about or remember them'. Yes, Lord, remember those remembered by no one in prayers, ignored or rather forgotten by everybody.