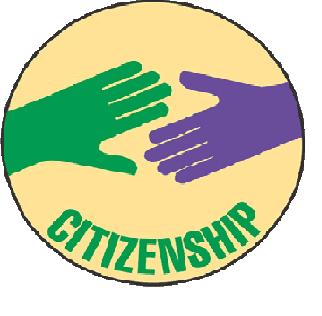 The last two months have seen significant action on the Egyptian scene. Following the Nag Hammadi Christmas Eve crime which left six Copts and one Muslim dead, what may be described as healthy mobility has been ongoing. Hopes are high that this mobility may constitute the labour pains of a better future based on citizenship rights. After the first phase of fact finding reports and analyses of the Nag Hammadi incident and the factors which led to it, there came the phase of peaceful demonstrations that called for change. Even before a clear picture of the hoped-for change had crystallised, the accelerating events proved that we were not merely before a Coptic problem but before the outcome of the successive build-up of societal problems which need to be addressed instead of the customarily shelving. First came a new education minister assigned with the critical task of addressing the most serious of our problems, that of purging the education system from the by-now chronic rote learning and fanaticism. A shake-up in the board of the National Council for Human Rights brought in fresh faces to carry on with the role of defending the rights of Egyptians in all the various fields. Then came the bombshell of the overwhelming majority decision taken by the general assembly of the State Council, Egypt’s top administrative court, against appointing women as judges in the council. This move appeared to be taking Egyptian women back to the dark ages, despite all the honeyed rhetoric used to justify it. All the various sectors, streams, and political movements in Egypt have been part of the widespread mobility. The action is wholesome in that the predominant demand is the candid exposure and confrontation of underlying problems. Perhaps the most worthy of concern has been the exposure of the near-hallucinatory religiosity which has been increasingly gripping Egyptians and colouring all aspects of Egyptian life—sectarian, educational, rights, judicial, and others. This religiosity has succeeded in doing away with a major portion of Egypt’s inherently enlightened civilisational heritage and has seriously trifled with our long credit of liberal and ration culture, to the point where the national Egyptian project which united all the children of this homeland has been almost lost.Any observer of the mobility on the Egyptian scene can obviously detect that we are at a historical crossroads. We will have to make a conscious choice of whether to go ahead with the confusion of claiming we are not a religious State while the actual facts on the ground witness to the contrary, or to redraw the foundation of the civil State we aspire for. In order for this to happen the entire nation ought to come together to establish a robust national project based on the accommodation of all Egyptians within a framework of citizenship rights, plurality, freedom, and equality. We cannot afford to linger at this crossroads. Soon enough we will find ourselves in the middle of the fever of campaigning for the legislative elections due to be held before 2010 draws to a close. The persons who will sit in the lawmakers’ seats will have to shoulder the patriotic responsibility of forging our political, economic, social, and cultural future during the next five years. Were I to embark on analysing all what is being written or discussed on the topic of the flawed Egyptian reality and the remedy it requires I would find myself torn between what I agree or disagree with; I will weary myself with the drill only to discover there is no perspective I can fully embrace. I feel sure many others are in the same boat. It would surely be much wiser to realise the time has come to determine the major Egyptian requirements worth striving for, to acknowledge what we all share, and rally around it instead of persisting in our differences and failing to resolve them.Egypt is obviously in the throes of the labour pains of the future of this nation. Whether it brings on a civil or a religious State is entirely up to us.

Refuting the allegation
In Watani of 29 November 2009 I wrote, under the title “Extremism on the street”, about the fanatic Islamic thought spewed through mosque microphones by imams in Friday sermons. The live example I gave had been relayed to me through a reader from the town of Tahta in Sohag, Upper Egypt. Last week, a young imam entered my office and introduced himself as the imam of the Tahta mosque Watani had written about. He said he had been extremely pained by the allegations against him. “All the Copts in the neighbourhood are my friends,” he said. “They know very well I’m a moderate.” I said this made me very happy, and would he please ask them to write to Watani refuting the allegations. I promised I’d print whatever material I received. But the young imam hesitated and stuttered then said his neighbours might take their time to do that, so why don’t I clear his name anyway? But since I would much rather get the reply directly from his neighbours, I call upon them to write to me to clear up the matter, with a promise to print whatever I receive.
Tweet
Author