Supporters of Sheikh Qaradawi should be shocked when they know about his history, which dates back to the fifties. His relations with security services started during the confrontation between the Muslim Brotherhood and the regime of Nasser.

He was recruited by the intelligence under General Salah Nasr when Qaradawi was imprisoned. Then, he was released to undergo a training course on spying skills. Later, he put on the uniform of Al-Azhar to make his spying job easier.
Right after Sayyed Qutb was hanged, Qaradawi traveled to Doha. Then, leaders of the Muslim Brotherhood accused him of treason.
I admit that Qaradawi was able to deceive many people, including myself, proving he is a professional wily and shrewd politician. He used to send reports to the intelligence about leaders of the Muslim Brotherhood in Qatar.
He was able to make strong relationships with Nasser’s regime as well as infiltrated the palaces of rulers of Qatar and was appointed dean of its Secondary Religious Institute. In 1977 he founded the College of Sharia and Islamic Studies. Then, he founded the Research Center of the Sunnis and Biography of the Prophet in Qatar University.
Under mysterious circumstances, he moved to Algeria to head the councils of scientific Islamic universities and institutes.
Soon, under a new regime in Qatar, Sheikh Qaradawi was able to make good relations with the new Qatari regime as well. Thus, he was recruited by the Qatari intelligence and received a diplomat Qatari passport.
He used Al-Jazira news network and the mosques where he preaches Islam to attack persons and countries causing many crises and real threats to the security and stability of the region. Now, Egypt has to move with other countries to salvage the bad situation caused by Qatar and its supporters like Sheikh Qaradawi.
Tweet
Author 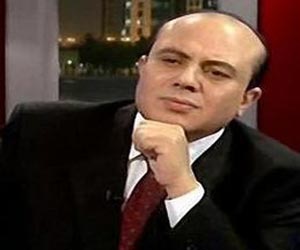 Severe damage at Museum of Islamic Art after nearby blast