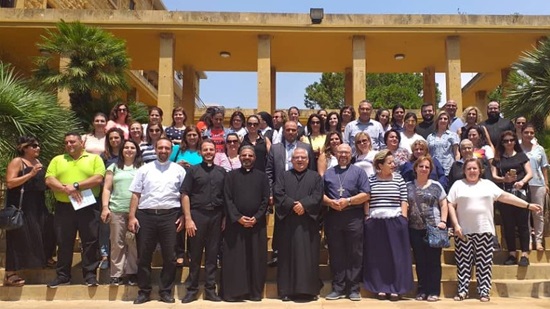 Egypt Participates in the Catechism Conference in Lebanon

The Catholic Authority for Christian Education in the Middle East held its 24th session in Beirut. The session was headed by Father Claude Ndreh, Chairman of the Commission and its members who represent their country. The members from Egypt, Iraq, Palestine, Jordan, Syria, Lebanon and Syria shared their experiences and 80 teachers gave sermons.

The first educational tours for the children of Upper Egypt arrived in Cairo to visit the complex of religions within the activities of the week of cultural integration of children of the border areas with the children of the capital, which is organized by the General Authority for Culture Palaces in the period from 24 to 31 July. The visit included inspecting the fortress of Babylon and identifying its history and the reasons for its construction to protect the country from military invasion. They also visited the Church of the Virgin Mary and the Church of St. George, and the Coptic Museum where they learned about the Coptic art of paintings, icons and colors. At the end of their tour, they visited the Hanging Church where they participated in art workshop to draw paintings imitating the museum icons using the Pastel colors. 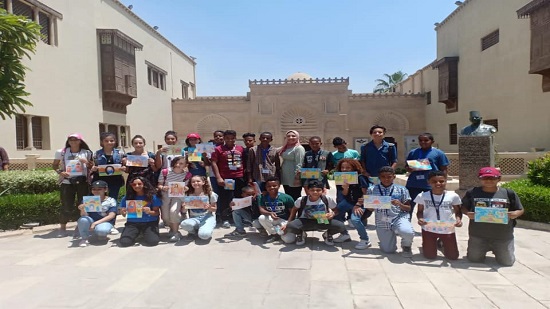 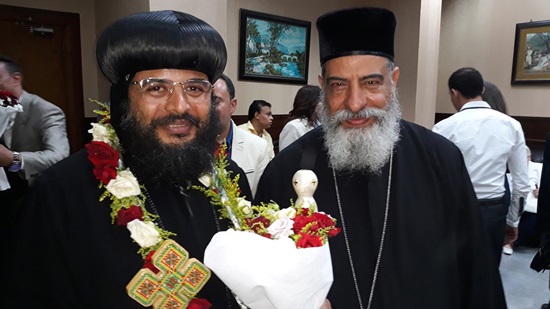 The Red Sea celebrates the enthronement of Bishop Elarion

The Red Sea diocese celebrated on Saturday the enthronement of Abba Elarion, new bishop of the diocese. The celebration was attended by a number of senior officials of the governorate, and clergy and congregation of the diocese as well as a number of bishops.

3 Coptic Bishops attended the celebration of St. Besentaus in Naqada, Qena. The celebration included a spiritual renaissance for 5 days during which the congregation were blessed by the holy relics. 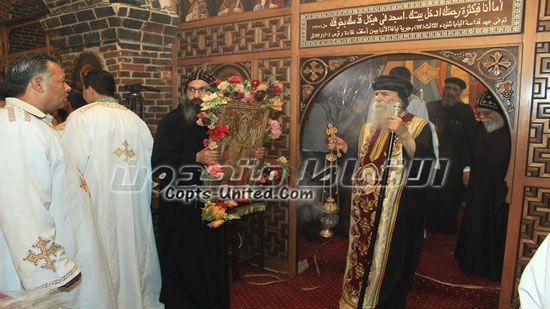 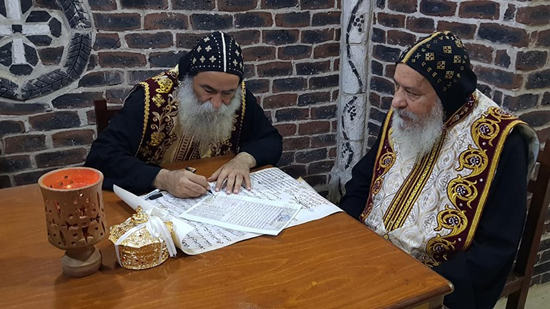 Bishop of Qena receives part of the remains of St. Besentaous

His Grace Bishop Sharobim of Qena received part of the remains of St. Besentaous from Bishop Pemen of Naqada and Qus. The grave of the saint was recently discovered in Asas desert.

Abba Abraham Isaac, Patriarch of Alexandria For Copts Catholics, arrived at Kerala Airport in India in a pastoral care visit where he was received by Archbishop Julius, the Patriarchal Vicar of Patriarch Mar Iglesias, Patriarch of the Church of Siro Malancar. The visit comes to exchange partnership between the churches and to attend the celebration of St. Ivanius, founder of the Siro Malancar church. The visit will continue until July 17. 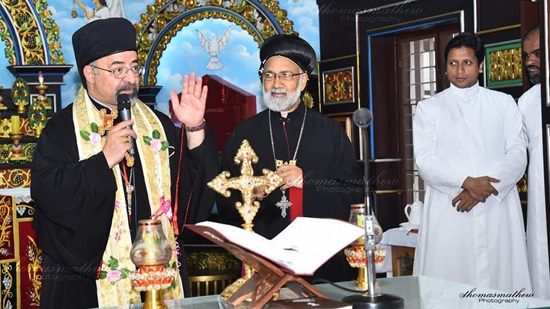 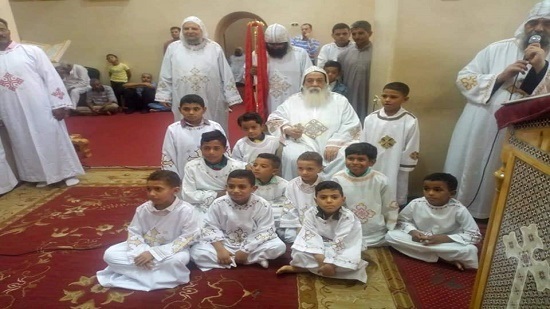 Governor of Port Said receives a delegation from the Coptic Church

General Adel Ghadhban, Governor of Port Said, received a delegation from the church presided by Bishop Tadros of Port Said. The visit comes as part of the exchange of visits between the leaders of the province that witness a number of development and national projects including comprehensive health insurance project and the digital province project. 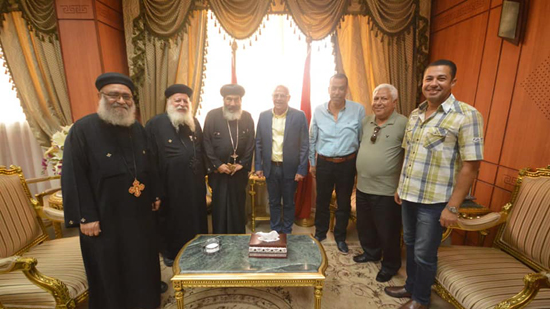 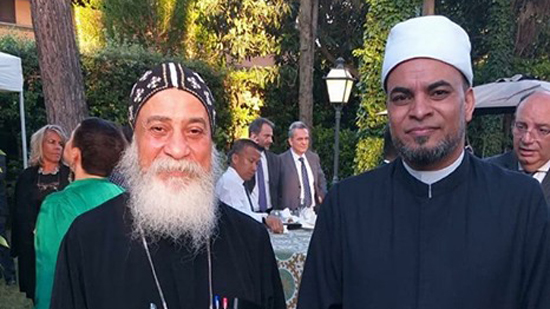 Bishop Barnabas of Rome and Turin delegated the monk Thawfils of the Syrian monastery o participate in the celebrations of the June 30 Revolution. He was received by Ambassador Mahmoud Sami, Ambassador of Egypt to Italy.

Bishop Makar meets with a number of Coptic families in Canada 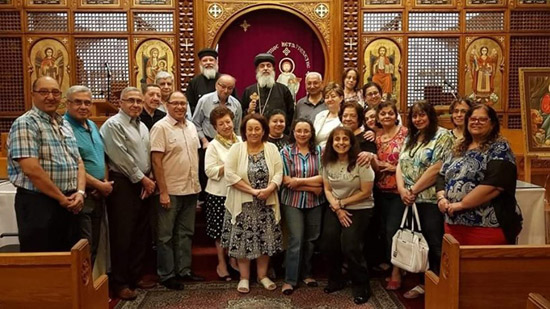 Bishop Sharubim of Qena ordained new deacons at the Virgin Church in basin 10 in the center of Qena. This came during the Holy Mass celebrated at the church and the new deacons were graduated from deacons school.

Abba Makar celebrates the feast of St. Moussa in Canada 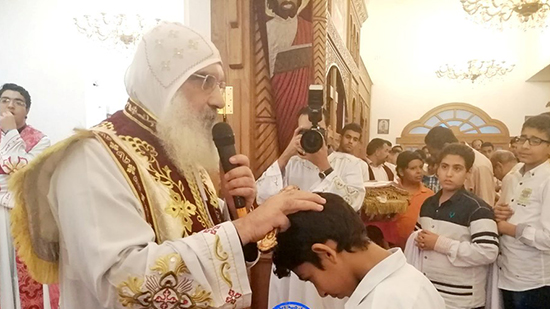 Bishop Youssab of Luxor ordained 57 new deacons in the rank of Ebsaltus (translated as chanter) who have recently graduated from the deacon s school. This came during the celebration of the feast of Archangel Michael on June 19th.

Mass held for the sick and the elderly in Luxor

The Isna and Armant diocese organized a mass for the sick and the elderly at the Monastery of the Virgin and Wadmon the martyr in Luxor. The Holy liturgy was presided over by Father Cyrilos Gohar, and the participants shared a meal of love after the Holy Mass. Bishop of New Valley inaugurates the icons and vessels of St. Mary Church

Bishop Arsanisu of the New Valley and the Oasis inaugurated the icons and Holy vessels of St. Mary Church in Kharga. This came during the celebration of Pentecost at the church in the presence of priest s and congregation of the church.

Remains of St. Philopatir perfumed on his feast in Luxor

Remains of St. Philopatir Markorius were perfumed today on his feast at Archangel Michael Church in Madamoud village in Luxor. This came during the spiritual renaissance held at the church under auspices of Bishop Youssab of Esna. The Monastery of the Virgin Mary in El-Jandala in Assiut started its annual celebrations that end on June 28th.

Bishop of Port Said concludes his pastoral visit to America

HG Bishop Tadros of Port Said returned to Egypt after he concluded his pastoral care visit to the United States of America. He was received at the air port by a number of priests and congregation of the diocese. Bishop of Tima presides over the spiritual renaissance of St. Yassa Mikhail

Bishop Isaac of Tima presided over the spiritual renaissance celebration of Father Yassa Mikhail after he moved the relics of the Saint to the new shrine under the Cathedral. It is worth mentioning that the holy saint Yassa Mikhail, the priest of the Church of St. Shenouda in the village of Kom Gharib, departed on June 10, 1962 and performed many miracles in the name of God. The celebrations last until June 10th, the day of the departure of the saint.

Bishops of Suhag and Turin ordain new deacons in Rome

Bishop Bakhoum of Sohag, and Bishop Barnabas of Turin and Rome, ordained new deacons at the Church of St. George in Rome. This came during their visit to the church and celebrating the Holy Mass in Rome. 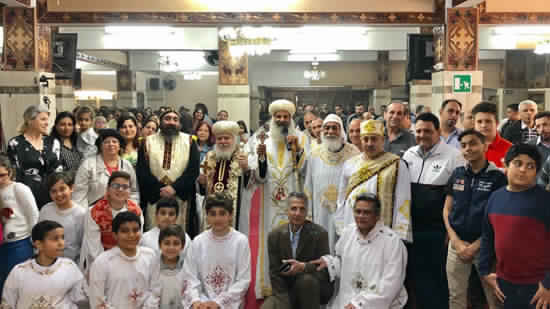 Bishop Beyman of Qus and Naqada received the team of 1000 Orthodox teachers project entitled Renew our days . The meeting came to plan for the second phase of the project.

British Foreign Minister Boris Johnson won the presidency of the ruling Conservative Party in Britain, prompting the British queen to commission him to form the government. Johnson s is known as the English version of Trump with his foolish and irresponsible responses and irresponsibility. Johnson is willing to move out of the EU even without an agreement break-set without deal The European legislator refuses